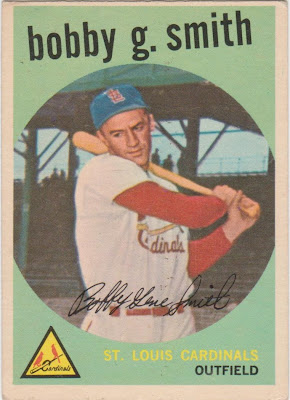 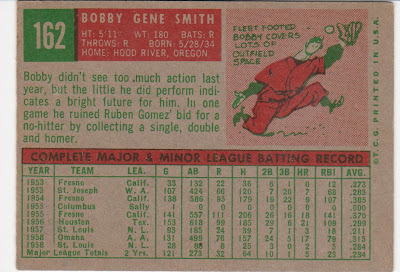 Cardinal outfielder Bobby G. Smith is the fourth of our Smiths. He was and outfielder and pinch hitter for St Louis, the Phils, Cubs and Mets from 1957 through 1962. He made a brief comeback with the Angels in 1965.

Take a close look at the cartoon on the back of his card. It'll take on new significance tomorrow. And that brings up another point. He's described as 'fleet footed'. He had five career stolen bases in fourteen tries. To be fair his minor league numbers, while incomplete, show a much better average. 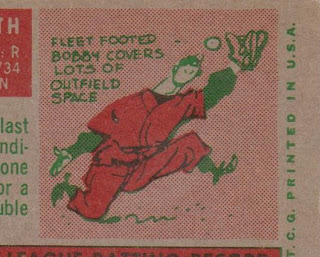 Posted by Commishbob at 8:17 AM