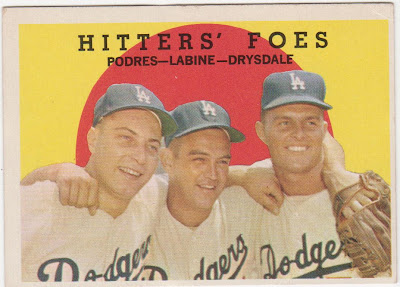 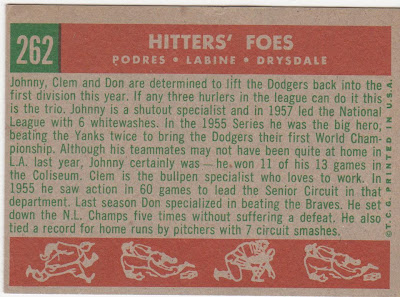 These three Dodger 'musketeers' must have known how the 1959 season would end for them, with a World Series title.

The trio entered the season deserving of an appearance on a special card like this. Don Drysdale was coming into his own with a 39-22 mark over his first two seasons as a full fledged member of the rotation. He's led the league in K's in '58.

And Clem Labine, at this point a wily vet, had compiled a 52-36 record in his previous five years with the Dodgers and racked up 73 saves in a time that saves ere not as common as they are now.