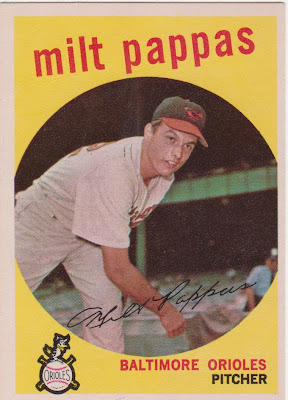 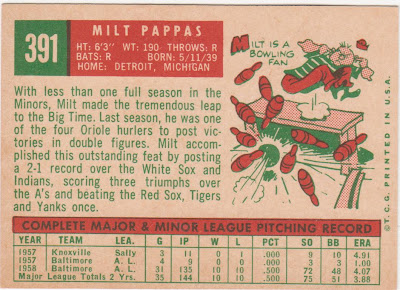 Milt Pappas appears to not have a care in the world as he poses for the Topps photographer in Yankee Stadium. Little did he know the twists and turns that his career and life would take.

﻿If your name was Miltiades Stergios Papastergios you'd be better off being called Milt Pappas as well. And you'd be one of the more interesting guys to appear on a '59 Topps card. I'm not sure where to start with this guy. I recall him vividly from his days as an Oriole but he's best known (at least to Oriole fans) as the key bait in the trade that brought Frank Robinson from the Reds in December of 1965.

See, I told you Milt Pappas was interesting.