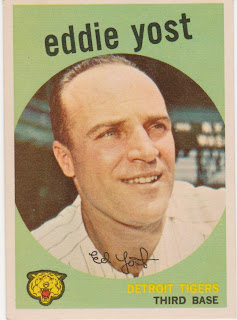 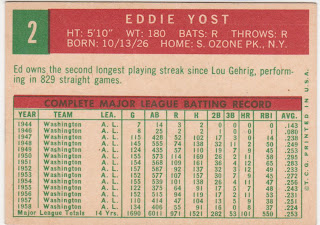 Stuff I never knew (or remembered) about Eddie Yost (but learned on the 'net)....

This card looks to have been shot at Griffith Stadium. Check out the scoreboard above Yost. So it breaks up the 'picture taken at Yankee Stadium' run of American League cards. But the Yanks still stick their nose into it, according to the board they appear to the the visitors the day the photographer showed up.
Posted by Commishbob at 9:14 AM