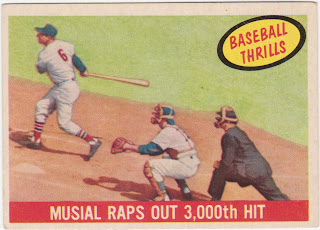 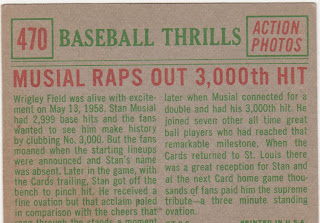 I saw part of an ESPN show that featured the Cubs-Cardinals rivalry. I had always been aware of the rivalry but never given it much thought. They Cub fans had good things to say about Stan Musial. Kind of cool that he got this hit in Wrigley. (But I know Card fans would rather it had happened in old Busch Stadium.) The Post-Dispatch looked back on the event not long ago with a great article.
Unlike some of the Baseball Thrills subset cards this one features a 'thrill' from the previous season, as I would have expected. A three season old 'thrill' has lost it's 'thrill-ness' in a lot of cases. Whatever.
My scanner cut off the bottom of the rear of the card. The colorizer did a pretty good job with the picture I think. I can't find the exact b/w image but here is a sequence of that swing in question: 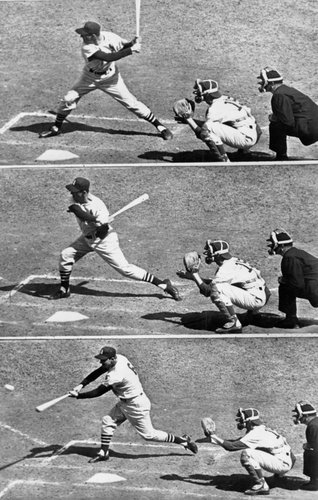 and an article from a magazine of the day: 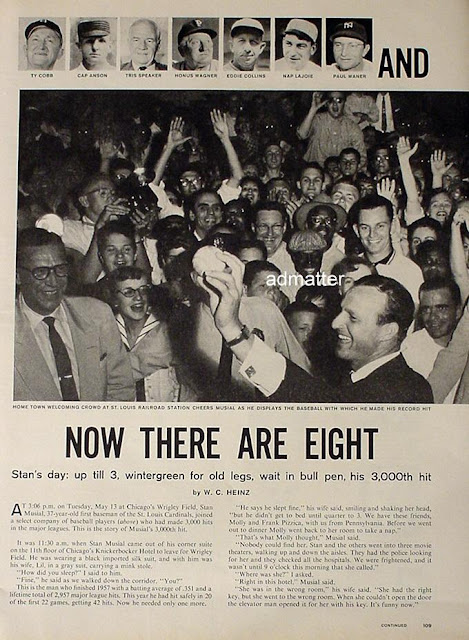 Posted by Commishbob at 8:33 AM