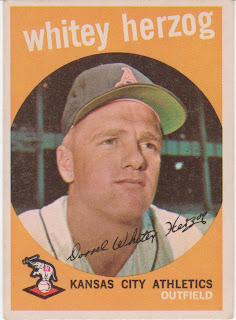 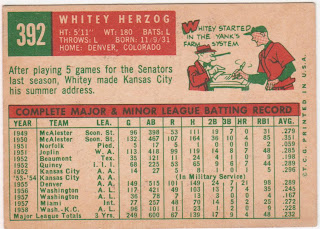 ﻿
Seasons In Hell is seriously funny. I mean laugh a page funny. The early years of the Texas Rangers produced some awful teams. But from what I gathered from this book by Mike Shropshire that didn't stop the guys from enjoying themselves on and off the field.
Shropshire covered the Rangers for the Fort Worth Telgram and had a front row seat (sometimes a bar stool) to the foolishness. It's a tell-all in the tradition of Jim Bouton's Ball Four (coming soon on this blog) and what went on makes for some great reading.
One quibble.... the '74 Rangers were not terrible. They became the first (and still only) team to finish over .500 after two 100 loss seasons. But even an over .500 club can produce some funny moments.
Whitey Herzog managed the 1973 Texas Rangers and then was fired to open the job for Billy Martin and moved on to greener pastures. He managed the Royals and Cardinal from 1975 through 1990 putting together a Hall of Fame resume.
In all he managed six division winners, three pennant winners, one World Series champion (the 1982 Cardinals) and compiled a 1,281-1,125 (.532) career record.
Herzog's playing career was somewhat less spectacular as he played 8 seasons with four American League clubs during the 50s and 60s. He had a .257 lifetime average as an outfielder, firstbaseman and pinch hitter.
His '59 card is another portrait taken in Yankee Stadium (had several lately seems like) and shows him in an A's cap. Hard to tell if it's legit or an airbrush job. Mine is in pretty good shape. It might be an actual 'G" grade card. 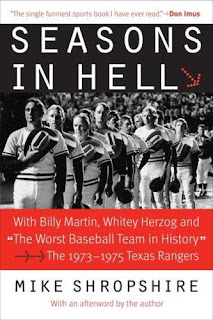