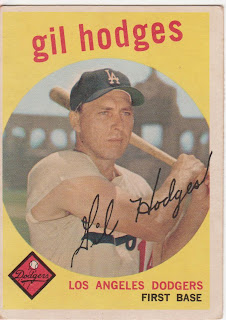 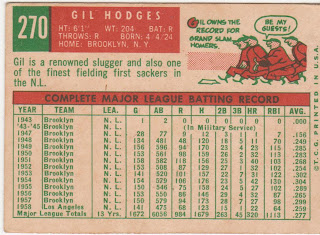 "Gil is a renowned slugger..." states the back of this Gil Hodges '59 card. And likewise Roger Kahn's The Boys of Summer is a renowned baseball book, one that you'll find on almost every 'Best Baseball Book' list. And when someone does a 'summer' baseball reading list it's a guarantee that Kahn's book will be on it.
And deservedly so. The Boys of Summer is remarkably well written, nostalgic without being sappy, sentimental without being maudlin. It's really three books in one: Kahn's growing up in Brooklyn and relationship with his father, his career as a sportswriter during the team's glory seasons and a look back at the colorful and talented players on those Brooklyn clubs.
I read it when it was published and have been meaning to revisit it. When my own father, who grew up in Brooklyn, passed away a year or so ago I intended to reread it. We had lived there when I was very young and my grandparents remained in Flatbush for decades afterwards. I was looking to hold onto something I guess. But since my father was a Yankee fan (and only saw one game at Ebbetts Field, Game 3 of the 1949 Series) I realized that a Dodger based book was not the way to go so I read Joe DiMaggio, The Hero's Life (about his favorite player) instead.
Gil Hodges was an integral part of the Dodgers' franchise from 1948 through 1959. He never put up jaw dropping numbers but his solid seasons led to eight All Star game appearances, MVP votes nearly every season and Gold Gloves at first base.
Among his achievements, as listed on the Gil Hodges website:
·Hit at least 30 home runs a season for five consecutive years from 1950 to 1954
·Had over 100 RBIs during the 1949 to 1955 seasons
·Played in seven World Series, six with Brooklyn and one with Los Angeles
·Had a home run percentage of 5.3 percent
·Had a career batting average of .273
·Had a career slugging average of .487
·Had more RBIs during the 1950s than any other player at 1001
Hodges ended his playing career back in New York as a member of the Mets in their infant seasons of '62/'63. He was traded to the Washington Senators in 1963 so he could take over that club in his first managerial job. His Senators clubs improved their record each season. That led to his managerial stint with the Mets and the 1969 World Series title. His work in that season, getting that patchwork club to the top using strict platooning and a fine starting staff, ranks as one of the best jobs I've ever seen. 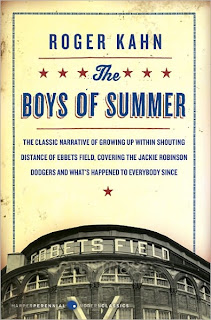 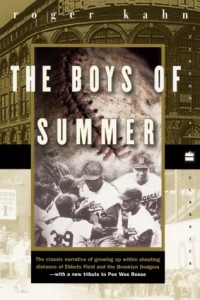 Posted by Commishbob at 9:15 AM