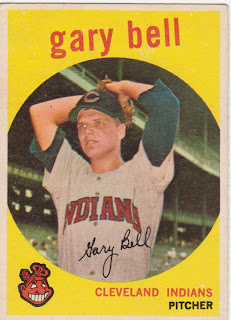 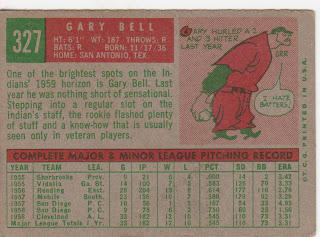 I don't think it's a stretch to say that Jim Bouton's Ball Four was a groundbreaking book and changed baseball, or at least how people looked at the game. A diary of Bouton's 1969 attempt to resurrect his career, Ball Four would seem tame today but at the time it was roundly praised (and condemned) for the 'insiders' look at the major leagues. The previously profiled books by Jim Brosnan were also diaries but had little of the provocative content Bouton included in Ball Four.
Bouton (his website is here) made a name for himself as a Yankee starting pitcher in the early 60s but injuries sidetracked his career. Sold to Seattle for the '69 season Bouton, always a literary type, decided that a diary kept on anything he could find to write on would make a nice memento. That diary became this book.
He turned clubhouse foolishness, bullpen conversations, manager Joe Schultz' 'pep' talks and life on the road into a classic. I received my copy as a graduation present from a high school friend. I read it that summer and it indeed changed the I thought of players, if not the game itself. Suddenly they seemed more human, more fallible. But that was kind of cool actually.
Bouton took advantage of the hubbub that Ball Four caused and wrote I'm Glad You Didn't Take It Personally as a follow-up. It deals with the fallout from his first book including the condemnation he received from the baseball establishment, the final curtain of his career and much more. It's a fun read but read Ball Four first to get the 'full effect'.
Gary Bell, Bouton's roommate with the Pilots, gets a lot of 'airtime' in the book. 'Ding Dong' was known for his signature phrase, which he repeated through a scouting report on an upcoming opponent, "Smoke 'em inside".
Bell's career was almost at an end when he joined the Pilots for 1969 as an expansion draftee from the Red Sox. He actually pitched pretty well for the Bosox in '67/'68 winning a combined 23 games and he made (and lost) a World Series start against the Cardinals in '67.
In nine plus seasons with the Indians he was a solid starter (for four seasons) and then a bullpen mainstay. He tossed a nine hit shutout for the Pilots in the first big league game ever in Seattle.

Posted by Commishbob at 9:12 AM