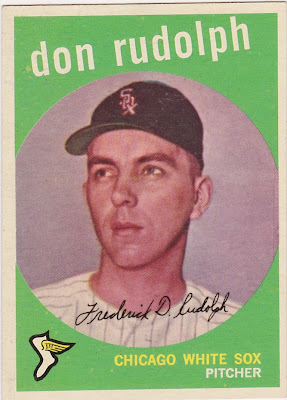 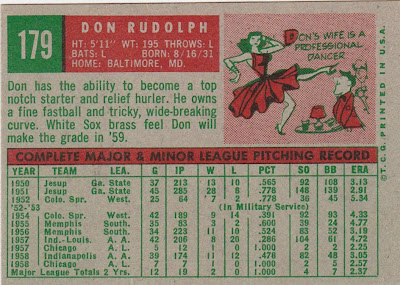 Lefty pitcher (and Baltimore native!!) Don Rudolph seems like an average guy. Pitched 17 seasons of professional baseball including a long stretch climbing through the White Sox system. Spent some time in the service. Had a spectacular sophomore minor league season when he went 28-8 in the Georgia State League in 1951.
Got in 6 big league seasons (all or parts of) with the White Sox, Reds, Indians and Senators. Was 18-32 for his big league career. He actually led the AL in fielding percentage at his position in 1963. He's the only White Sox player in the 1959 set to have a green framed card. Died at the age of 37 from injuries sustained in a truck accident.
And he has this intriguing cartoon on the back of his '59 topps: 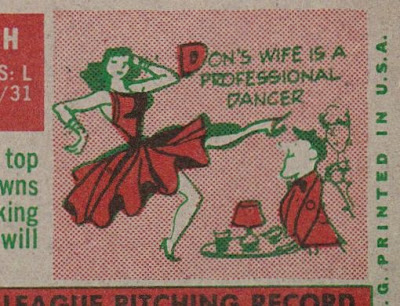 He was married to a professional dancer. That's kind of unusual. Maybe we should look into this. Turns out he was married to one Miss Patti Waggin. And here is a publicity still of said dancer:

scroll down, please cover the eyes of any impressionable children. 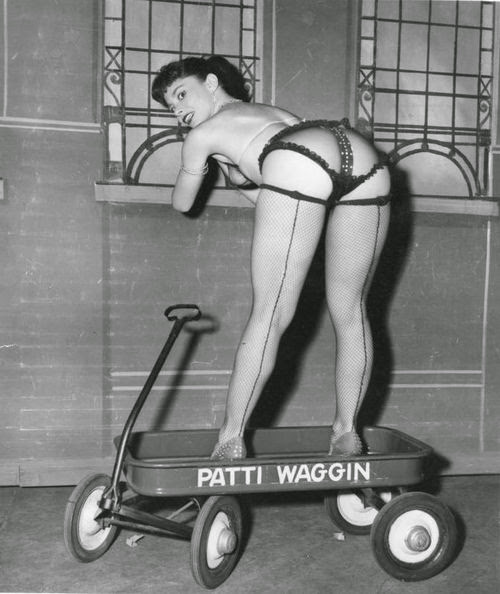 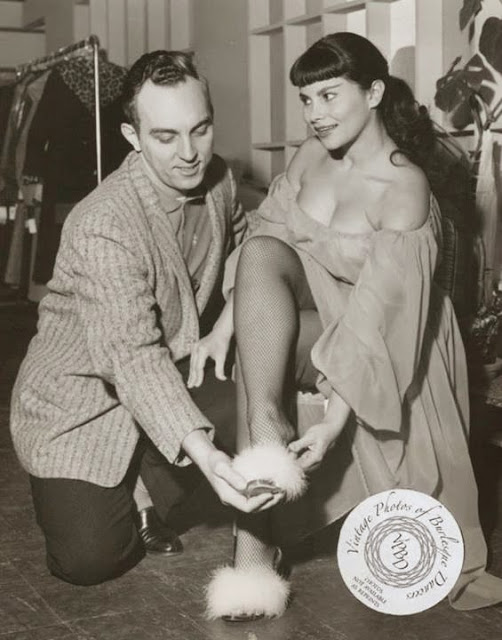 And they are again. She really is quite attractive. Go back and look at the cartoon. It resembles her I think. 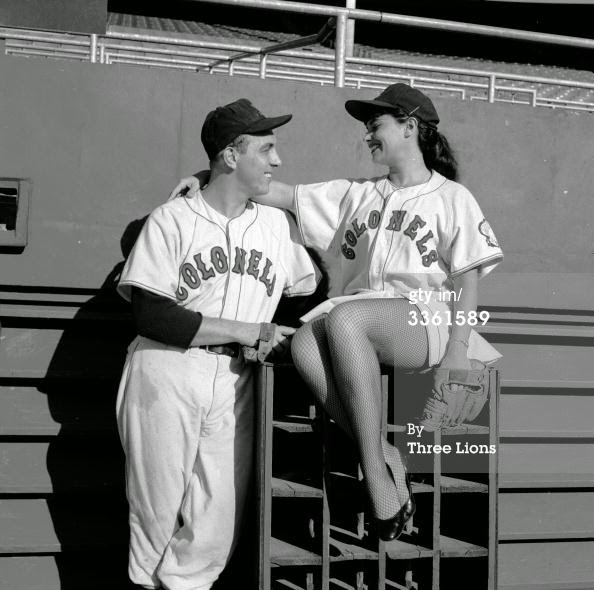 Ms. Waggin has a website. You can join her fan club (and Don Rudolph's as well it seems). 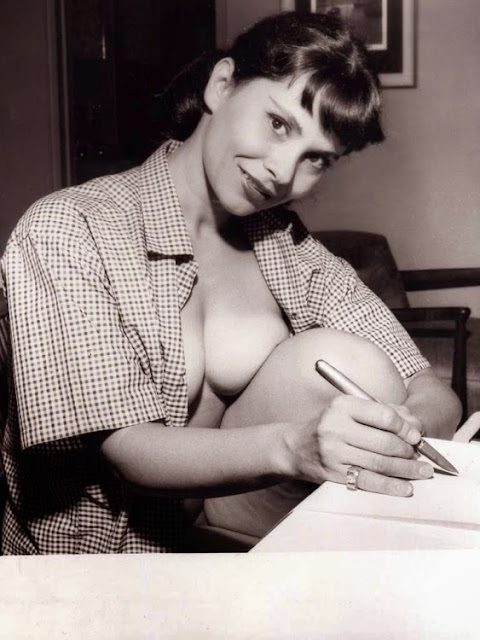 And just to prove that SABR covers every angle, below is their take on the courtship of Don and Patti.


One night in 1954, Rudolph made a fateful visit to a nightclub that soon changed his life. Performing that night was Patti Waggin, a popular burlesque dancer. Patti, whose real name was Patricia Artae Brownell, was born into a family of vaudeville performers. After dropping out from Chico State College in California, where she was known as the “Coed With the Educated Torso,” she performed burlesque numbers throughout the country. By the time she met Don, she was well-known in her field, appearing on a list of top 10 strippers in the country. Rudolph said that after sitting through three straight shows that night, it was “love at third sight.” However, when he tried to approach Patti after the last show, he was rebuffed. But Don was a persistent man and when he saw an advertisement for another performance in his hometown of Baltimore, he went to see her again. After another initial rebuff, he was able to charm Patti and buy her a soda. From there, their relationship blossomed and in 1955, they were married.

Who knew there was a list of "Top Ten strippers"? You just can't make this stuff up. There is a Patti Waggin Facebook page which, along with that 'fan' page revolves mostly around the author's penchant for shilling this book. 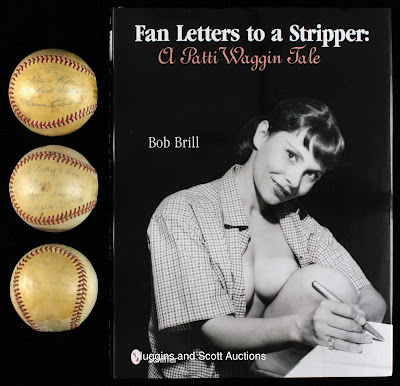 OK, this may get me suspended from Blogger, but here are a few more pics of the lovely Ms. Waggin. 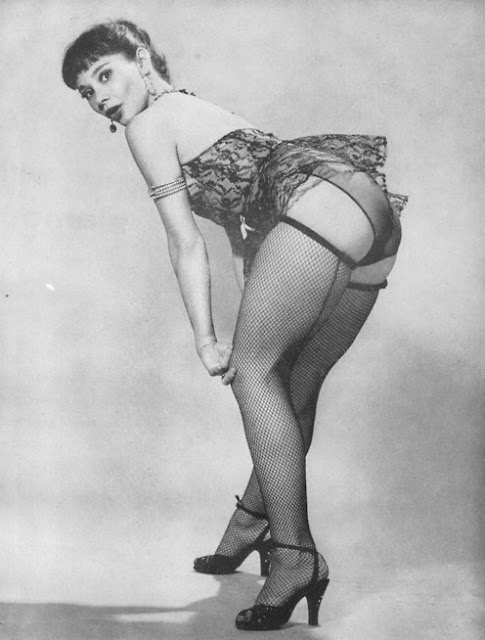 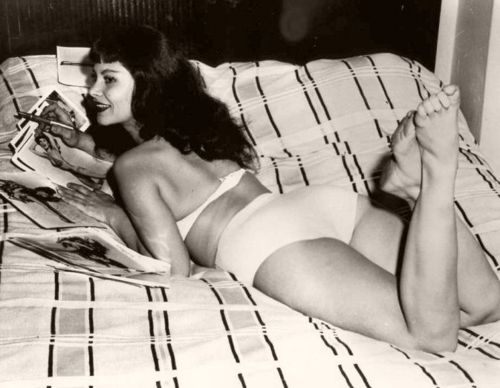 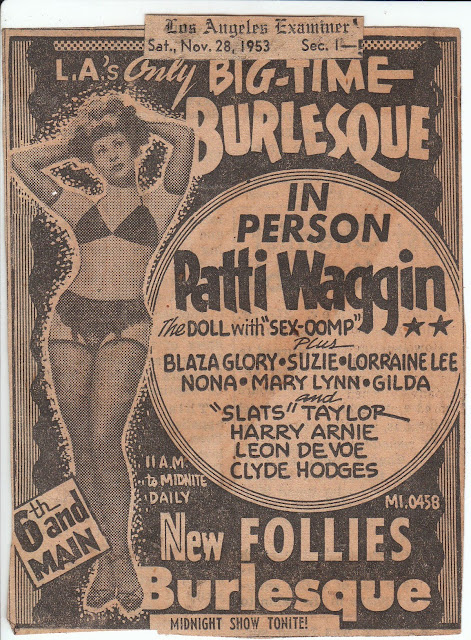 After this point, you're on your own.

LATE EDIT.....looks like I have lost two 'followers' today. I was at 56 yesterday. Seems Patti Waggin is still casting her spell.