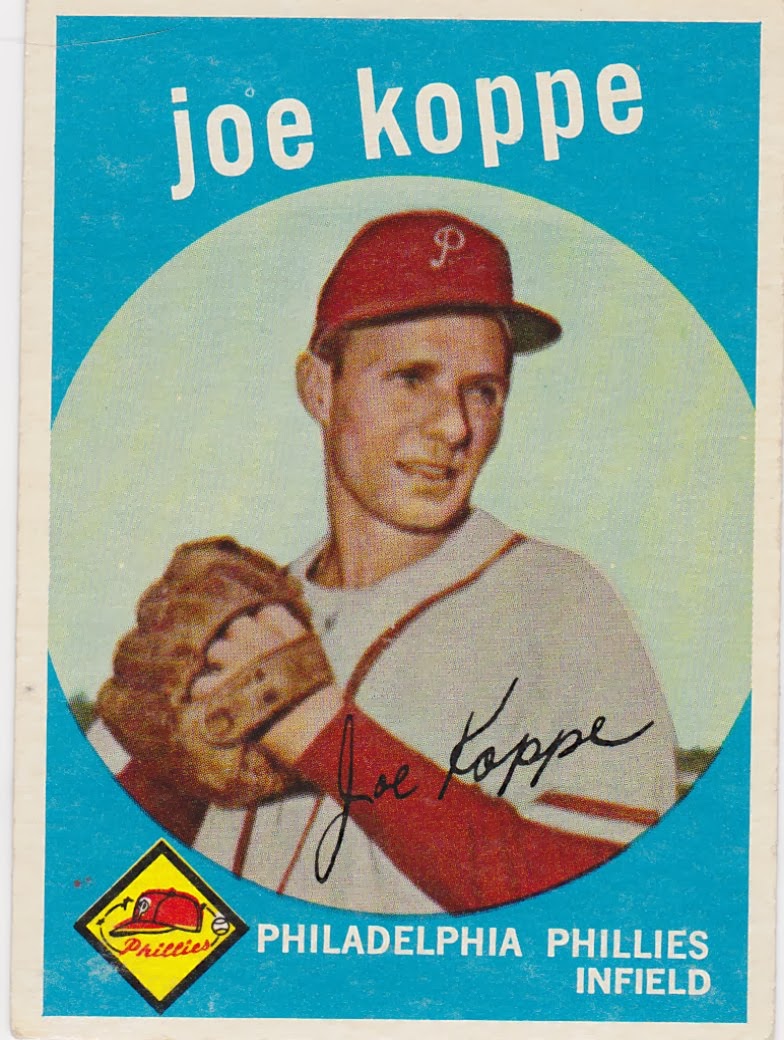 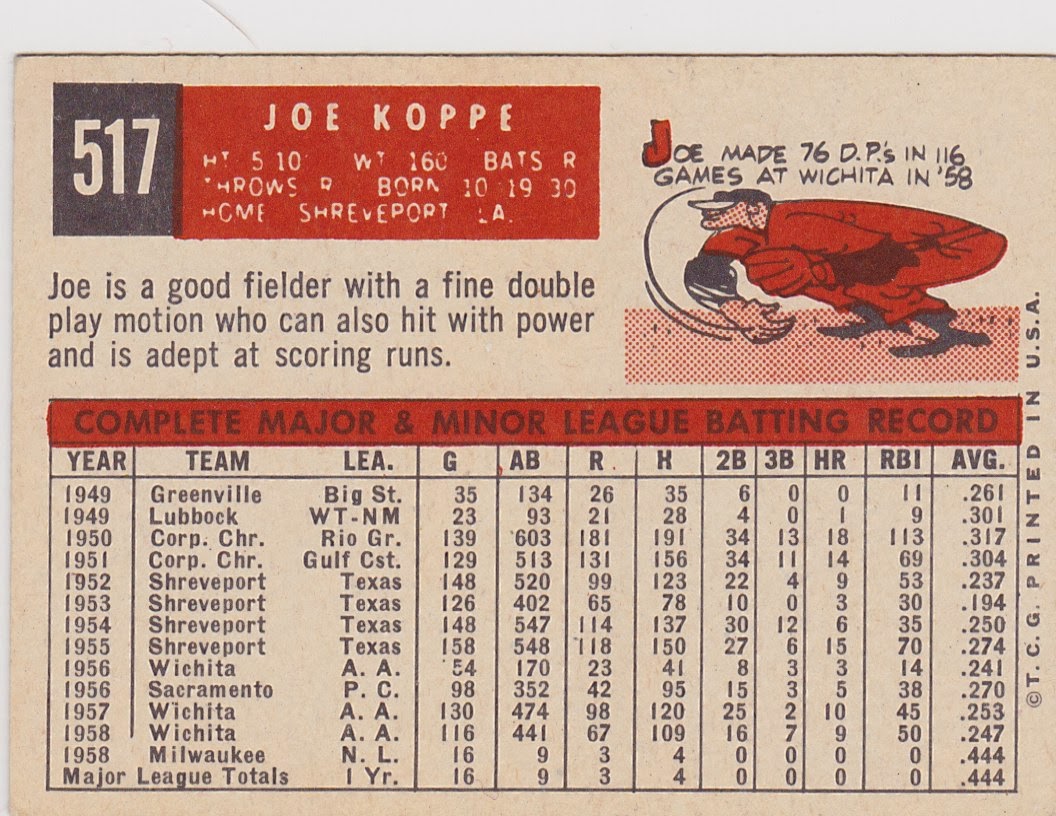 First of all, Joe Koppe is not a pitcher. That pose sure makes it look like he is one though, doesn't it? When I hit up his Baseball Reference page I thought I had made a mistake or something, it was all hitting stats. Then I rechecked the card and sure enough it said 'infield'. Proves once again that there are plenty of things for me to learn in the '59 set.

Koppe (who was born Joe Kopchia) may not have been a 'name' player but he sure was at it a long time. He spent seven seasons, from 1949 through '55, playing independent pro ball in Texas and Louisiana and building a reputation as a versatile, fine fielding middle infielder. Then he was signed by Milwaukee and he spent the next three seasons in the Brave's chain finally getting a taste of the bigs at the end of 1958. He played in 10 games, got nine at bats and had four hits. He had three hits in his first two games in six at bats. Koppe didn't get to play in the World Series that year but he did get a 'taste' of the pennant winning spoils... here he is getting a Miller High Life shower from Braves teammate Juan Pizzaro while Felix Mantilla and Hank Aaron (partially hidden) look on on September 22 when the Braves clinched: 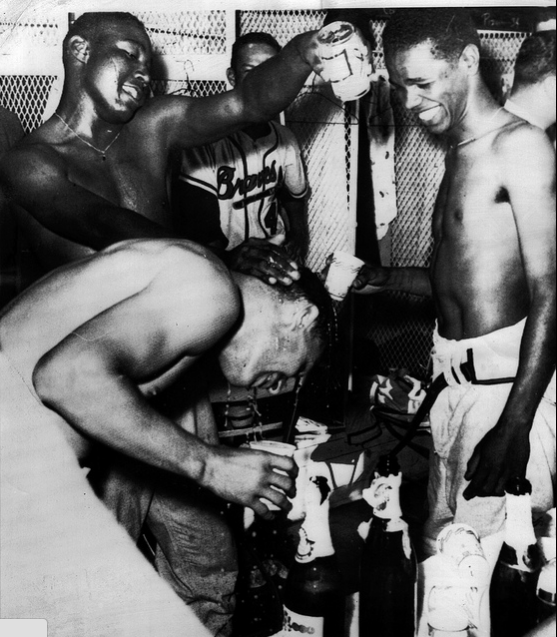 Despite that auspicious debut the Braves included him in a trade package with the Phils. Topps included him in their set here in the high numbers and took a picture credited to Spring Training of 1956 and changed it (poorly, the Phils never used that piping) into one of Koppe as a Phillie. Here is the original shot: Koppe, a 28 year old rookie at this point, took over a spot in the Phillies' infield and had a nice season hitting .261 and hitting seven homers. He was picked to be a part of the 'Topps All Rookie Team' and was so honored on his 1960 card: 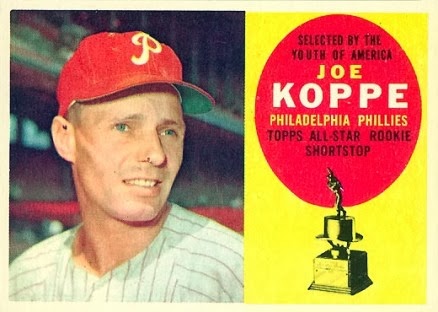 Ruben Amaro got the bulk of the work at short for the Phils in 1960 as Koppe's bat all but disappeared. On May 4th of 1961 the Phils traded Koppe to the Dodgers who assigned him to the minors and then in a week and a half, on May 16th, traded him to the Cardinals. A month after that he was purchased by the Angels for the grand sum of  $1000.

For that one grand the Angels got a utility player who played nearly full-time in 1962 and as a handyman for several years after that. After splitting the 1965 season between the Angels and the minors Koppe was out of baseball. He passed away in 2006.

In the comments for this post reader Paul pointed out that Koppe once posed with a lefty's glove for a card. I found that card. Thanks Paul. 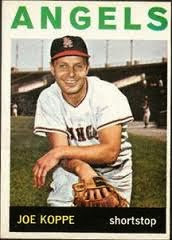