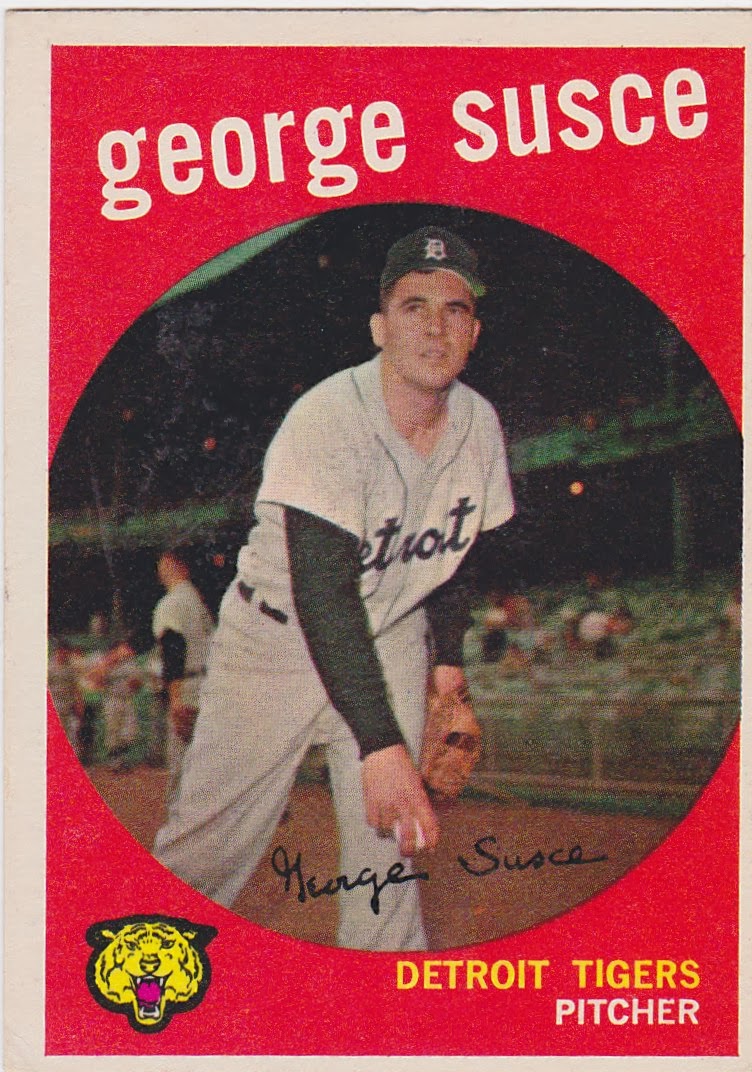 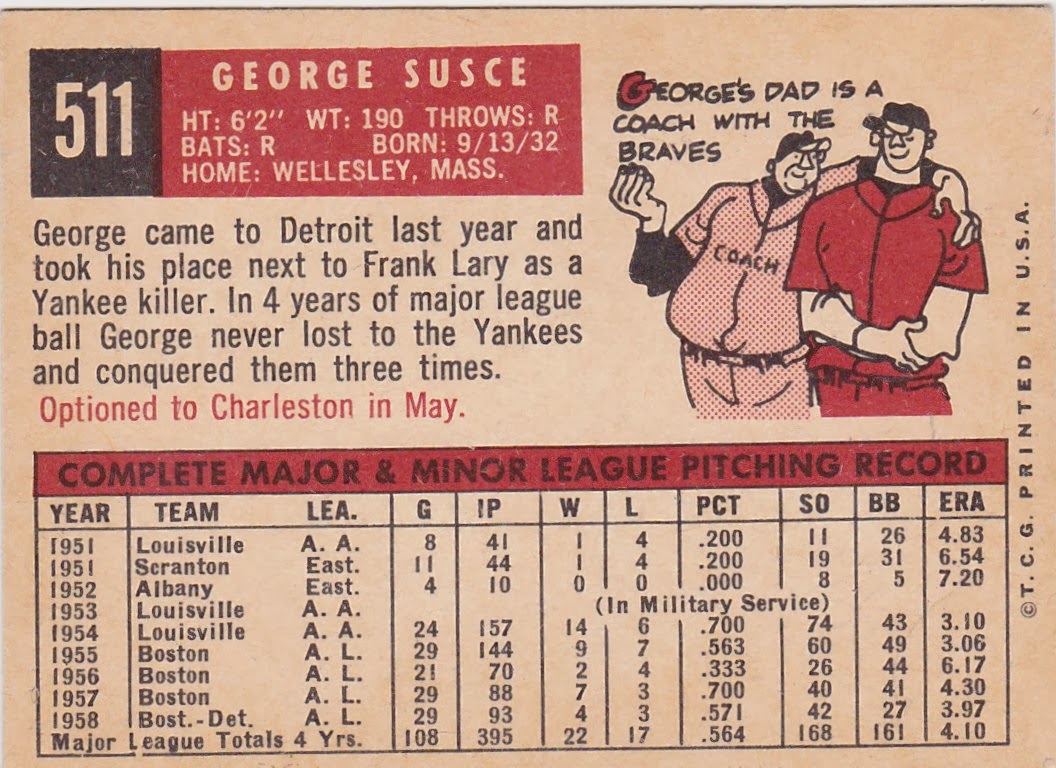 Pitcher George Susce Jr. was signed by the Boston Red Sox in 1951. And so begins the best story I uncovered while looking into this card. As soon as George Jr. signed that contract his father, George Susce Sr., former big league catcher, was fired as a coach by the Indians because of George Jr.'s choice of teams. I bet there is a lot more to that story in the way of juicy details but I can't find much outside of the fact that it happened. (The card's cartoon mentions his father as being a coach with Milwaukee.)

But fear not, there is a happy ending. George Sr. was coaching for the Kansas City Athletics the day George Jr. pitched the best game of his rookie '55 season. It was a one hit shutout of the A's and was the first time dad had watched son pitch in the big leagues.

Junior had begun his pro career with a rough season in the Red Sox' minor league system in '51. 1952 wasn't looking much more promising when he was called to serve in the Army during the Korean Wan. He missed most of that season and all the next. Army life seems to have had a positive effect because when he returned to pitch he went 14-6 with the AAA level Louisville club with a WHIP of 1.159 and a couple of shutouts.

He won a job with Boston for 1955 and stayed with the Sox for just over three seasons as a long reliever/spot starter. His 9 wins, 15 starts and 144 innings during his rookie season were career highs. Susce was waived by the Sox in May of 1958 and claimed by the Tigers. He finished the season with Detroit, again as a spot starter, but found himself farmed out in May of 1959 after a terrible start to the season. That move is noted on the back of the card. Susce never returned to the majors or to organized ball for that matter after that season.

This card is somewhat unusual in that the Topps photographer took the shot with the Yankee Stadium first base side in the background. Most players on visiting teams had their pictures taken with the third base/left field area behind them. They were usually out in front of the visitors dugout on the third base side.

A few tidbits related to the Susce and family:

George Jr. was listed as exactly that on his 1956 Topps card but not on his subsequent three Topps cards. 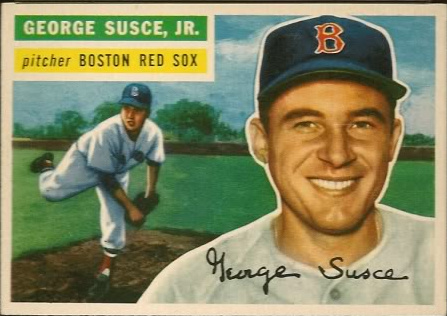 He had a brother Paul who pitched for Auburn from 1953 through 1956 and made Al-SEC his senior season. His 0.99 ERA in his second season remains a school record. He played a year of minor league ball in 1957 and went on to coach high school baseball in Florida and Virginia. He later worked for Worth Sporting Goods.

Here is Paul Susce at a spring training camp wearing some wild shorts: 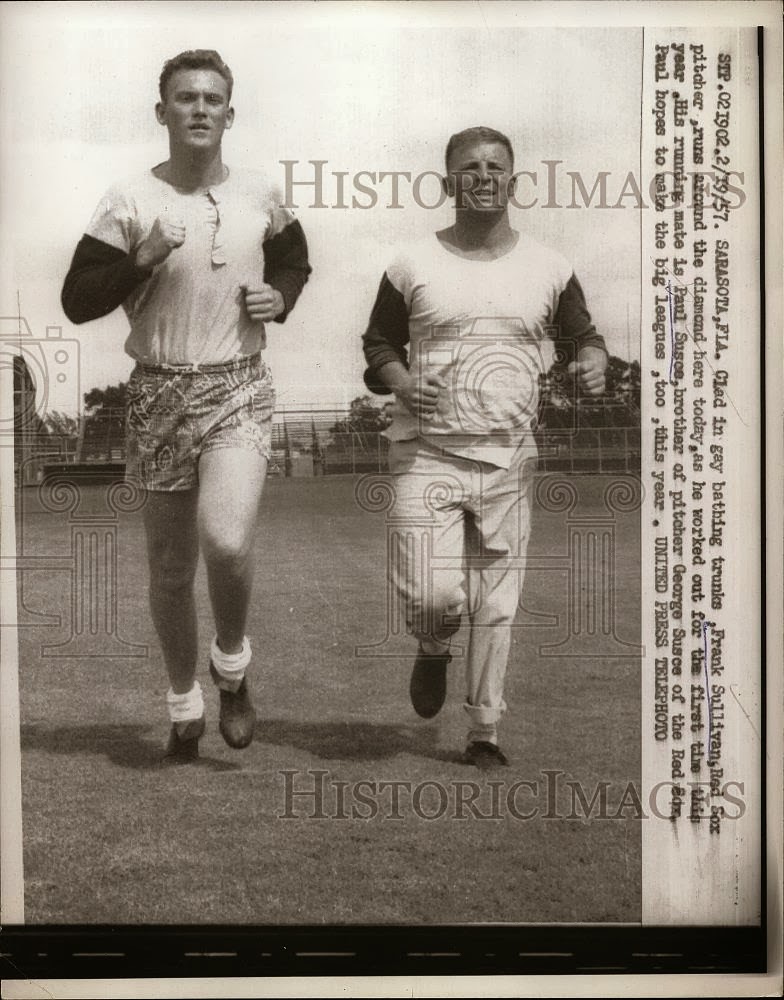 I found a picture of George Sr. and Junior. Looks like it might be from the day that I mentioned when George Sr. saw his son's gem. At least we can see it was from a KC-Boston encounter and it was labeled as being from 1955. 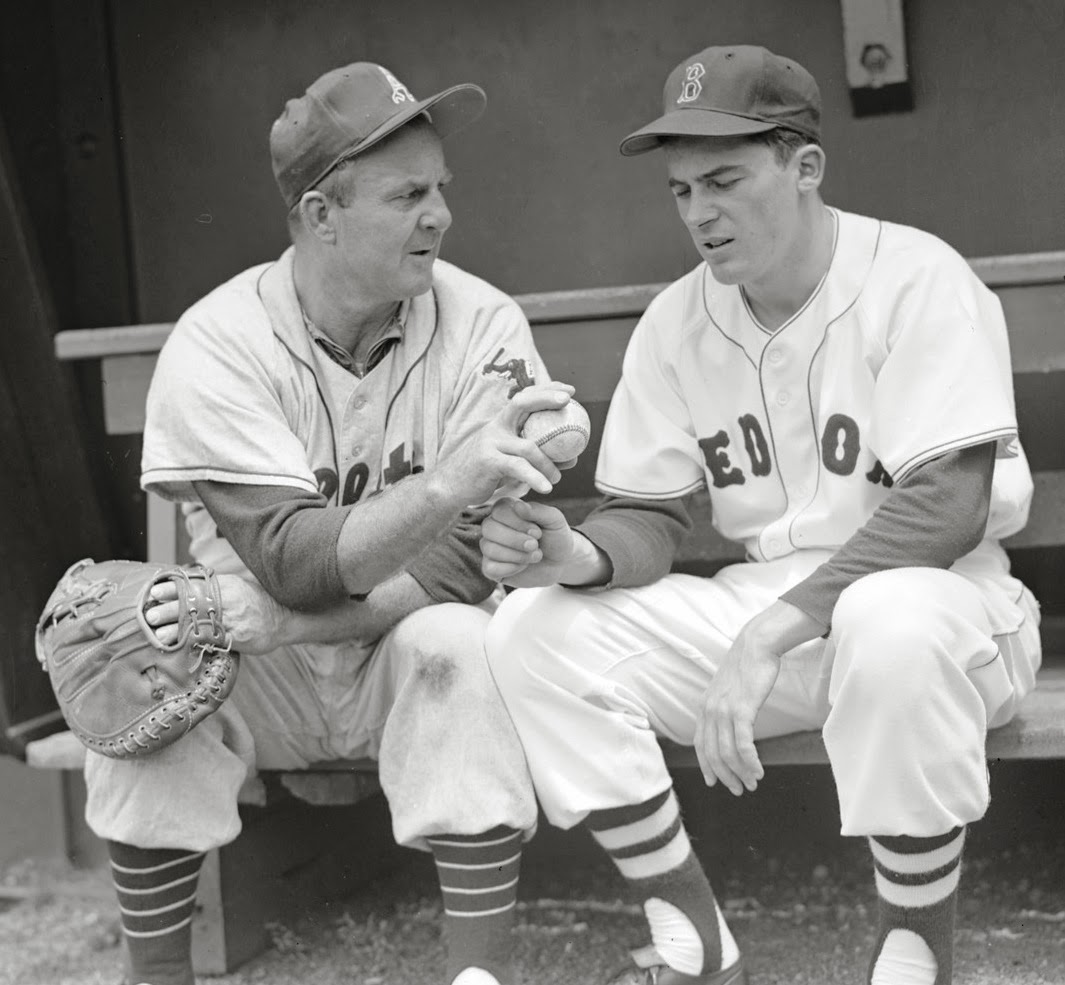 George Sr. had a long career as coach/manager/consultant for several organizations and it appears he missed coaching on his son's club in 1955 by just a season. 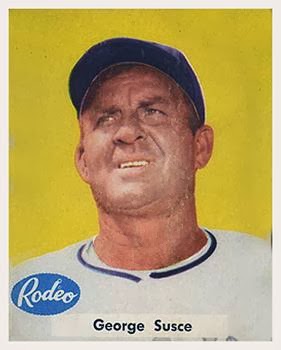 Here is dad again but wearing his St. Louis Browns' duds in a gorgeous recolored pic I found on Uni-Watch. 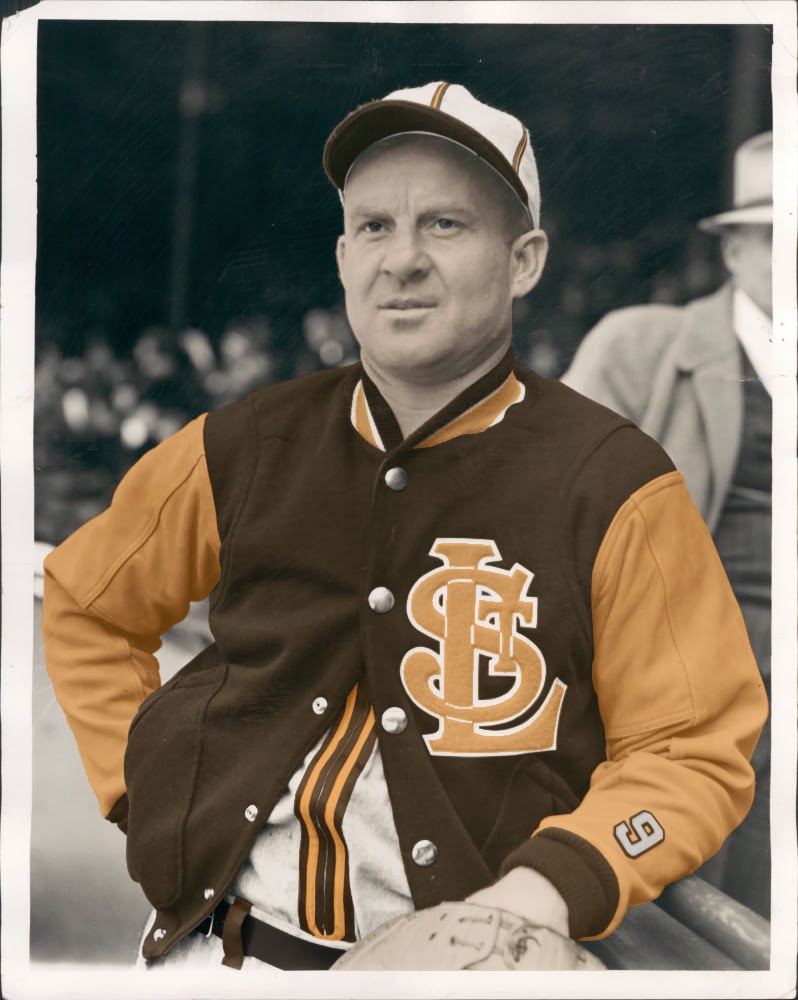 Lots of unverifiable Susce info in this blog post and particularly in the comments.
Posted by Commishbob at 6:00 AM