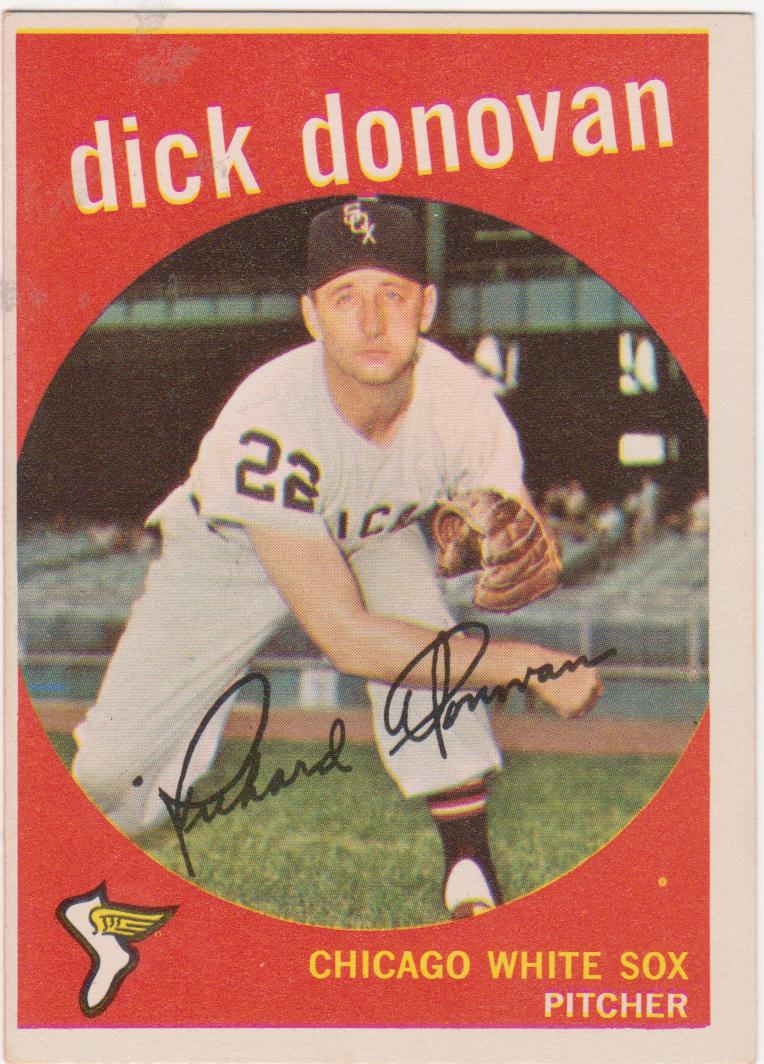 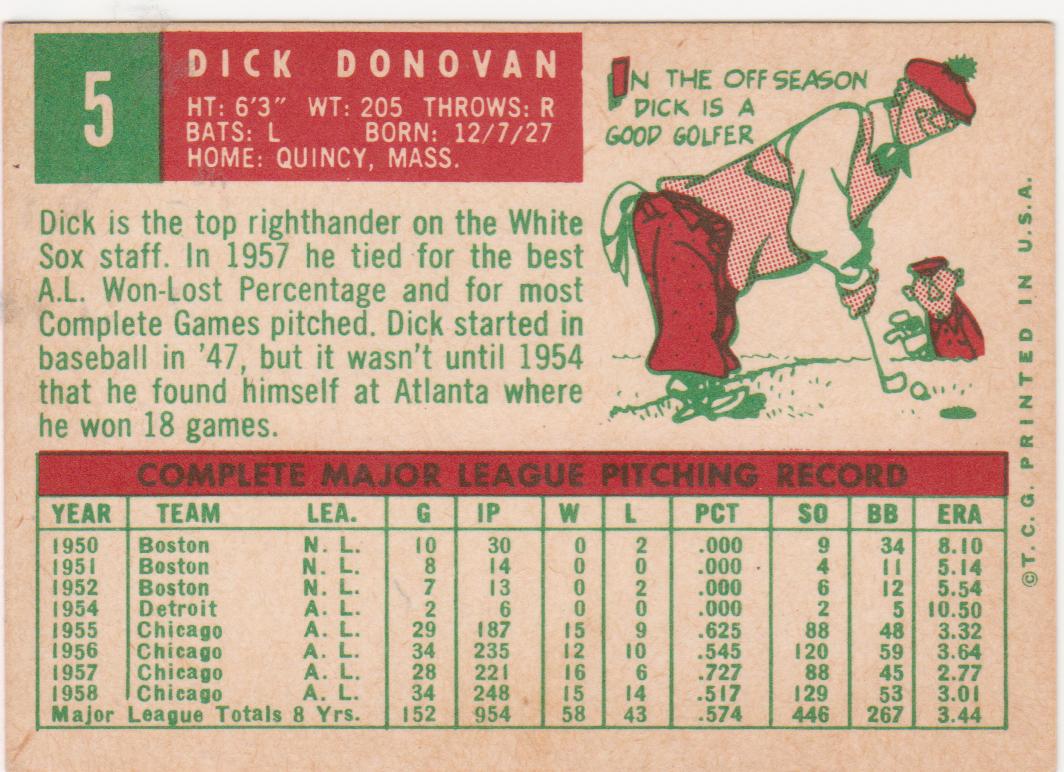 Dick Donovan had a nice career. He's was three time All Star and posted double digit wins seven times. In 1957 he was second to Warren Spahn in the Cy Young Award voting. In the '59 World Series he lost Game Three on a 3-1 decision to the Dodgers despite allowing only a pair of hits and a like number of walks in 6+ innings. But Dick came back a couple of days later to save Game Five. In that appearance he came in to a tough spot, protecting a 1-0 lead and the bases full of Dodgers in the 8th. He got the final two outs in that frame and had a 1-2-3 ninth.

And in this shot he's wearing one of my favorite non-Oriole caps, the classic S-O-X 'stairstep' logo with the red outline. I looked for one of those for a long time before finding one from a custom cap supplier last summer. In fact I love the whole look of the Sox road uni of the era. Striped stirrups, shoulder numbers, plain block lettering. Good stuff.
Posted by Commishbob at 6:18 PM