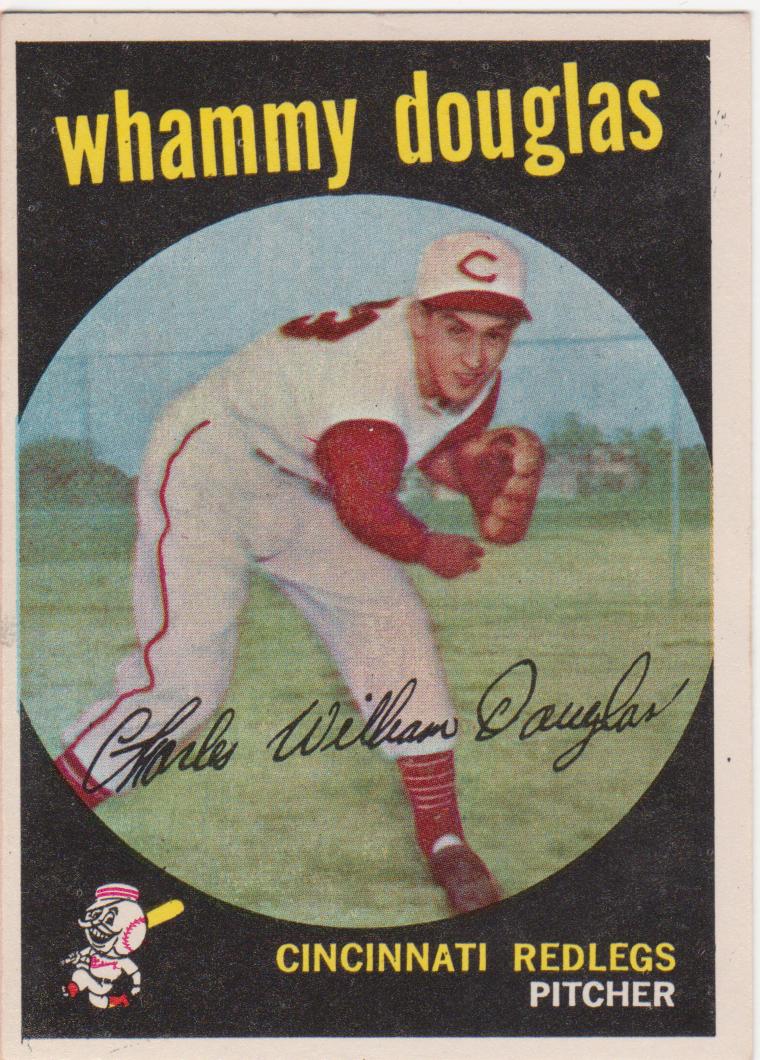 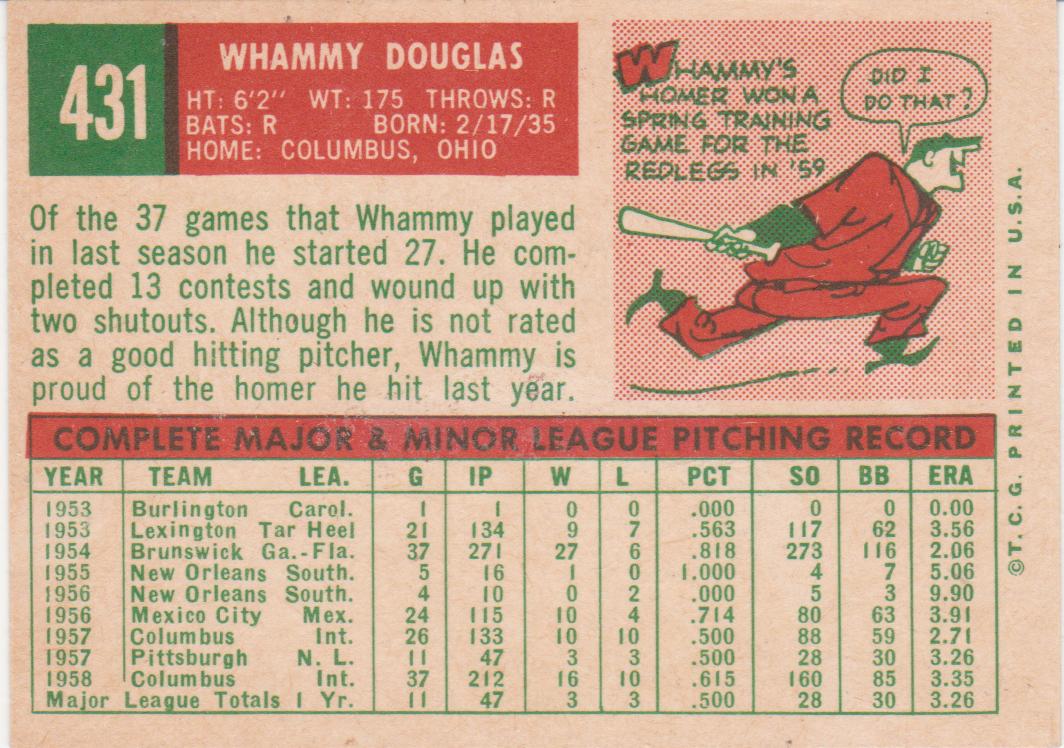 Charles William "Whammy" Douglas. Still alive and kicking at age 75 and still probably having to explain to his great-grand kids why he was called 'Whammy'. Story is that he was having an exceptional outing as a minor leaguer and a sportswriter stuck the name on him. Interesting that he was blind in one eye as a result of a childhood accident. Whammy never pitched for the Reds. He had a brief whirl with the Pirates in '57 and ended up as a throw-in in the deal that brought Frank Thomas to the Bucs.

Two things jump at you from the back of this card. The cartoon celebrates Whammy's spring training homer and the fact that he won 27 games in the minors in 1954. A serious win total in any league. Quite a bit more about Whammy Douglas in this terrific article.

This is a great baseball card. The black frame sets off the picture nicely. Whammy has an obviously air-brushed uniform. Topps kept the airbrush industry afloat in those days. This copy replaced a ragged one I had purchased previously. Very clean with nice corners.
Posted by Commishbob at 9:33 PM