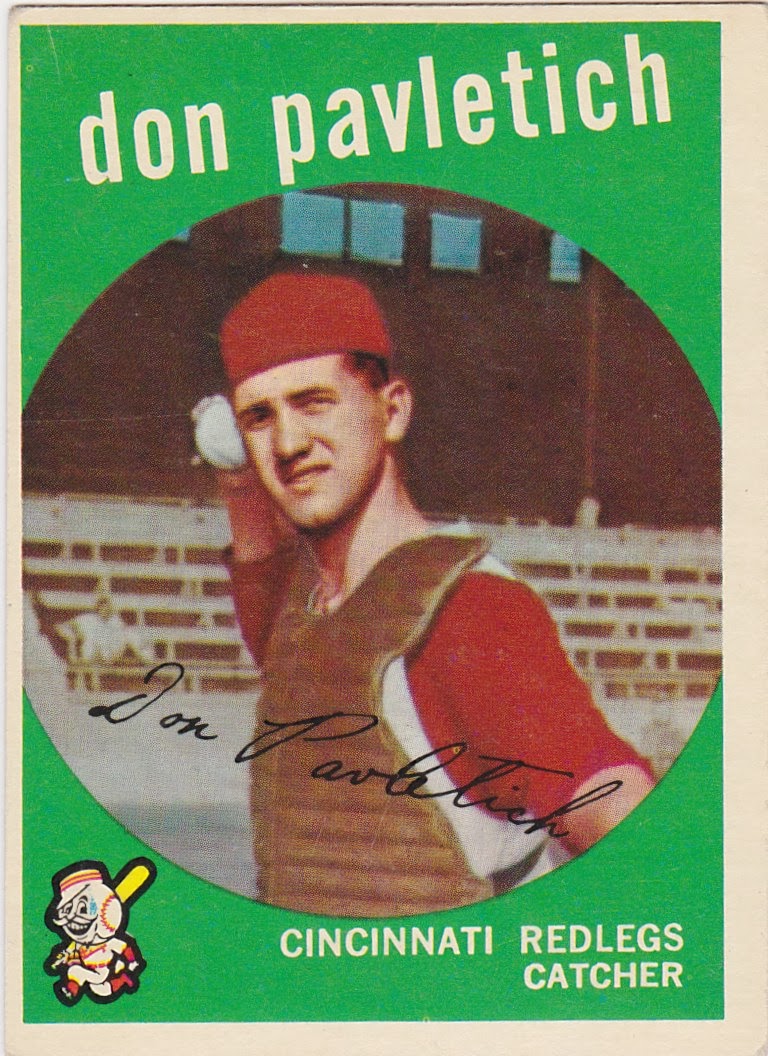 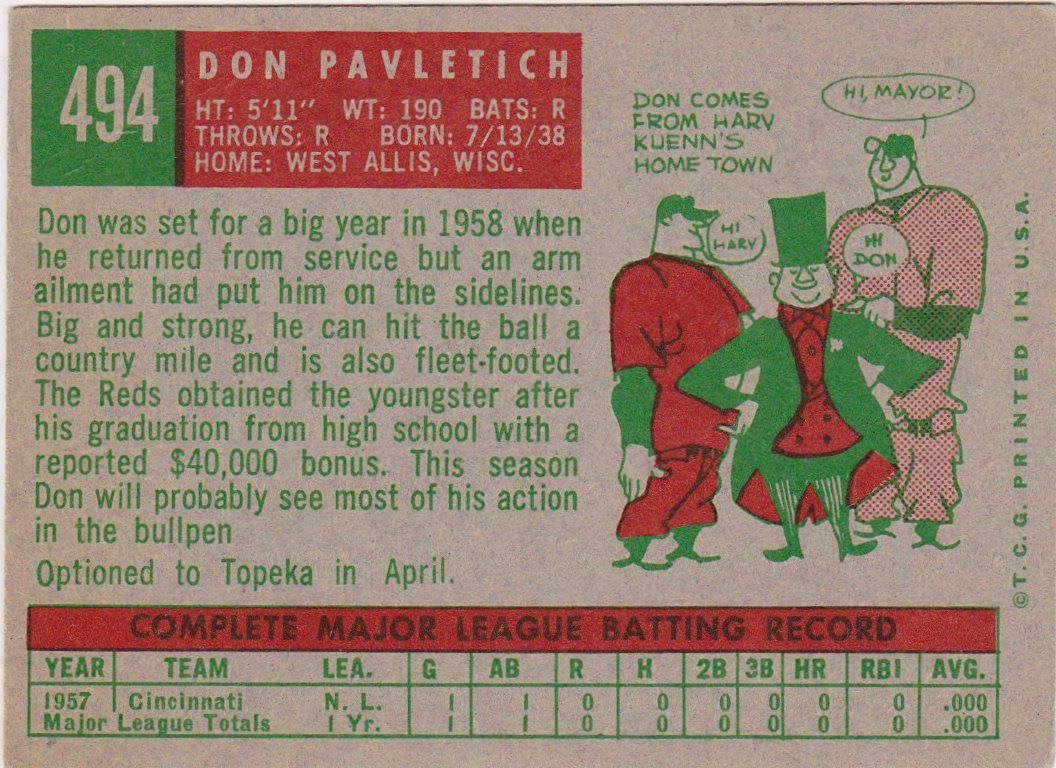 Don Pavletich is an interesting guy on an interesting card. He was signed out of Wisconsin by the Reds for a big bonus in 1956. The card-back claims it was a 'reported $40,000' while Pavletich, in this book excerpt on Google which I referenced numerous times for this post, says it was $30,000 but reported as $20,000. Whatever it was it qualified him as a 'bonus baby' and obligated the Reds to keep him on their roster.

He began his pro career in 1957 when he reported to spring training. He was on the Reds roster as the season opened and pinch hit (he walked for Don Newcombe) in one game. Then at the urging of the Reds he joined the Army in May. The plan was that he could play service ball and get experience without taking up a valuable roster spot and sitting around. He spent the rest of that year and all of 1958 in the military. Interestingly he says that he was discharged three months before the end of his two year hitch on a hardship appeal. The hardship being that he had to be in spring training to pursue his livelihood!

When he returned in 1959 he again played in a single game but this time, instead of heading overseas, he headed for the minors. He had two solid seasons there, played with the Reds in 1962 and was used sparingly. Two seasons split between the Reds and the minors followed and finally, in 1965, he had a full year as a major league platoon catcher and he hit a career high .319. Another good year  (.294 with 12 homers) followed in 1966 but by then a young Johnny Bench was on the Reds' catching horizon and Pavletich's days were numbered in Cincy.

His numbers and playing time took downward trends (he played more first than catcher in '68) and he was traded to the White Sox for 1969. A broken hand limited his playing time and he was dealt to the Red Sox where he played on a limited basis for two years. After an off season trade to the Brewers in the winter of '71/'72 he was released that March. He did not return to the majors and worked as a mortgage loan officer after baseball.

That card is pretty unique in this set. Pavletich poses in catching gear with a red cap and in what appears to me to be Connie Mack Stadium. The windows and posts in the stands seem to make it so. Check this picture of the old ballpark and see if you agree. 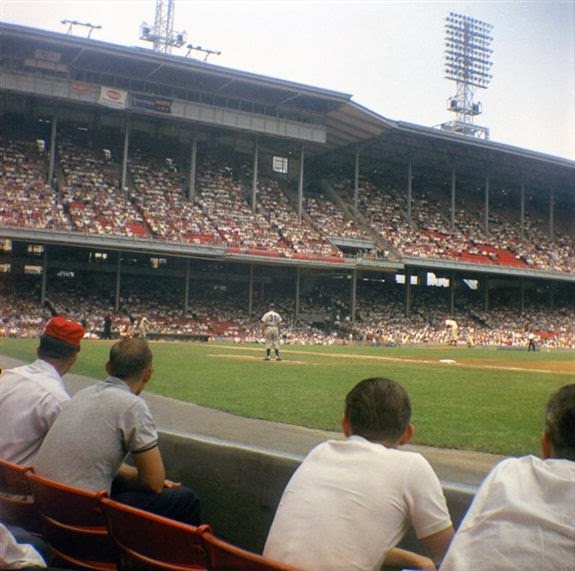 But when was it taken? He was with the Reds early in 1957 and they played in Philadelphia early in April so that's a possibility. He was in Europe in the Army during 1958. They also played there early in 1959, maybe early enough to have his photo snapped in time to be included in this set. But knowing Topps that just doesn't seem likely.

But that cap. Assuming it's not 'colored' by an artist and really is red than that becomes an interesting clue. The Reds wore that cap in 1956 before going to the white crown version in 1957. It may be that Pavletich, after signing in '56, was brought to Philadelphia for a look at the club or to iron out details. The Reds were there in mid-September. And Pavletich himself spoke of signing in '56 but not reporting until '57 Or they team may have had him come for the actual contract signing and some publicity pics. That sort of this isn't unusual even today with big dollar prospects.

I'll never know but tracking down stuff like this keeps me interested in this set even 500+ posts into it.
Posted by Commishbob at 5:30 AM