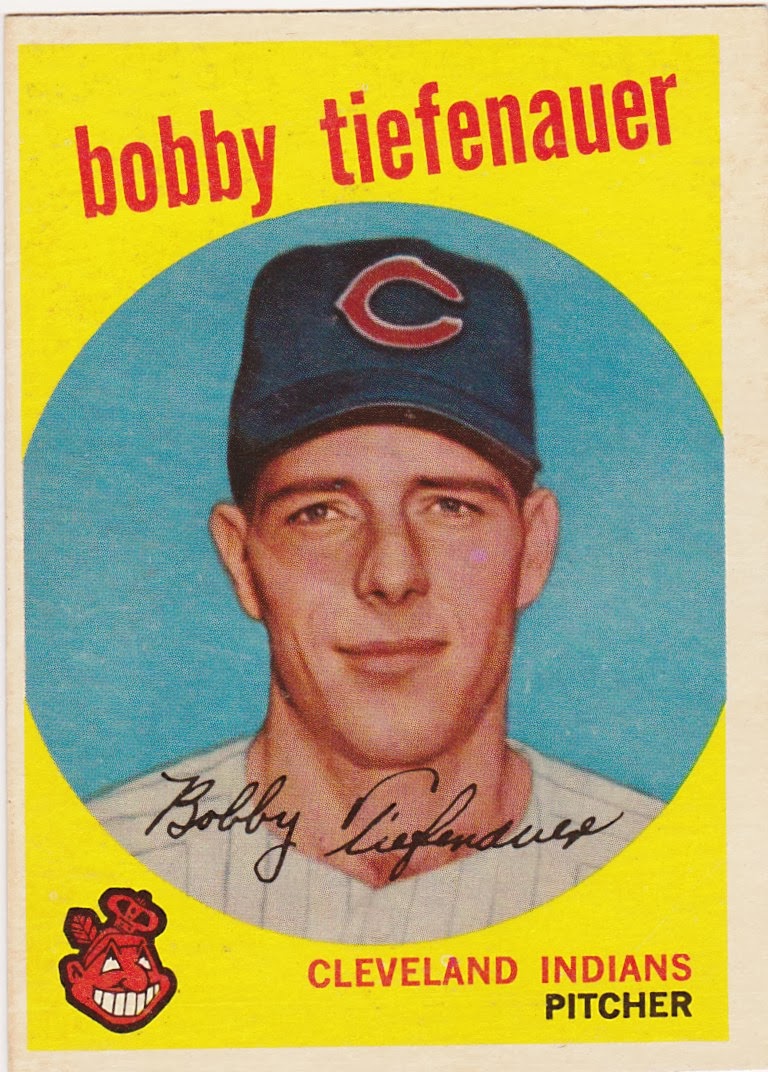 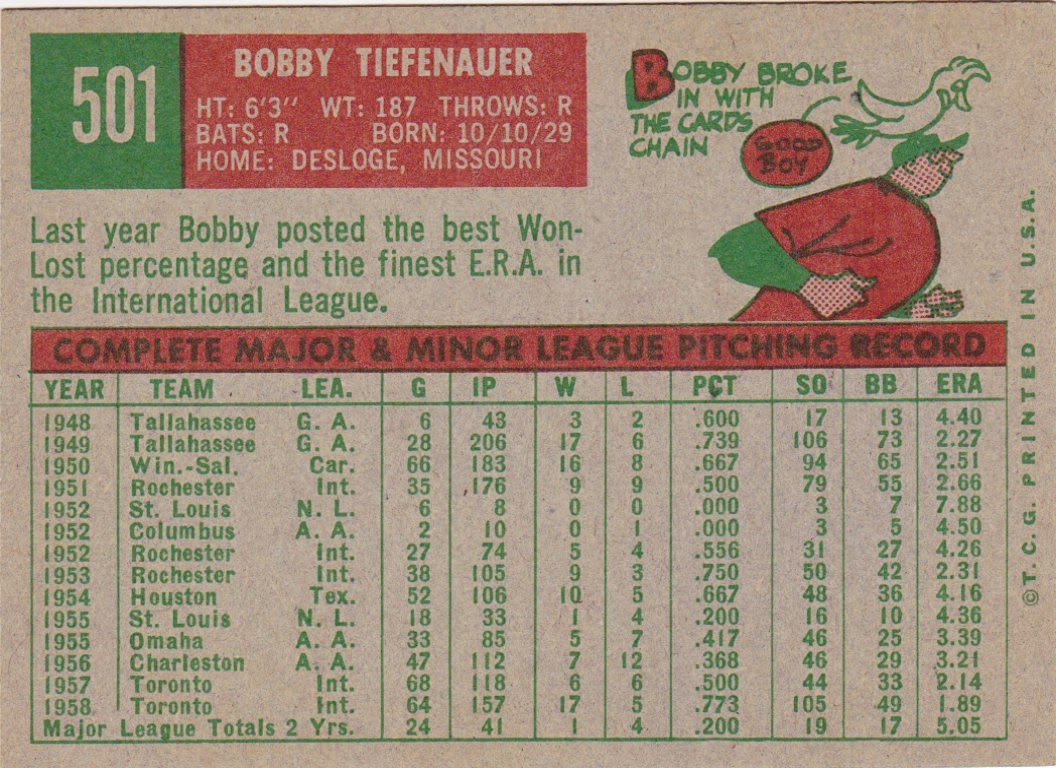 Oh, the irony! Knuckleball specialist Bobby Tiefenauer (and I'm NOT typing that again) spent from 1948 through 1969 playing pro baseball across North America and another 20 coaching but in 1959, the year this card was issued.... he was 'voluntarily retired'.

Signed by the Cardinals in 1948 he pitched in their minor league system for the better part of eight seasons getting a six game look in 1952 and a more extended 18 game stint in 1955. Those shots totaled 40 innings. In September of '56 the Cards dealt him to the Tigers in the first of a dizzying array of transactions for Tief that saw him pitch for six major league teams and in the system of a seventh in addition to being the property of several independent AAA clubs.

Rather than try to reproduce a 'map' of his career I'll let Baseball Reference lay it all out.

One odd detail in all this is that Tief looked to be ready to establish himself  in the majors in '59 as he was coming off some very good seasons in Toronto. I can't find anything that hints at why he sat out that season after being traded to Cleveland. Since SABR doesn't have a Tief bio it remains a mystery. Perhaps he had gotten comfortable in Toronto and would have preferred to stay there.

But he did report to the Indians in 1960 and that began a 10 season odyssey of trades, sales, demotions, and promotions among several organizations. His busiest major league seasons came in 1962 when he pitched in 43 games for Houston and 1964/'65 when he had 46 and 31 appearances for the Braves (and Yankees in the second half of '65). He had 13 saves for Milwaukee in '64 which is more than half his career total.

He last pitched in 1969 with the Cubs' AAA club and then spent nearly two decades in the Philadelphia Phillies' organization, working as a bullpen coach and a minor league pitching coach. He passed away at the age of 70 in 2000.
Posted by Commishbob at 6:00 AM