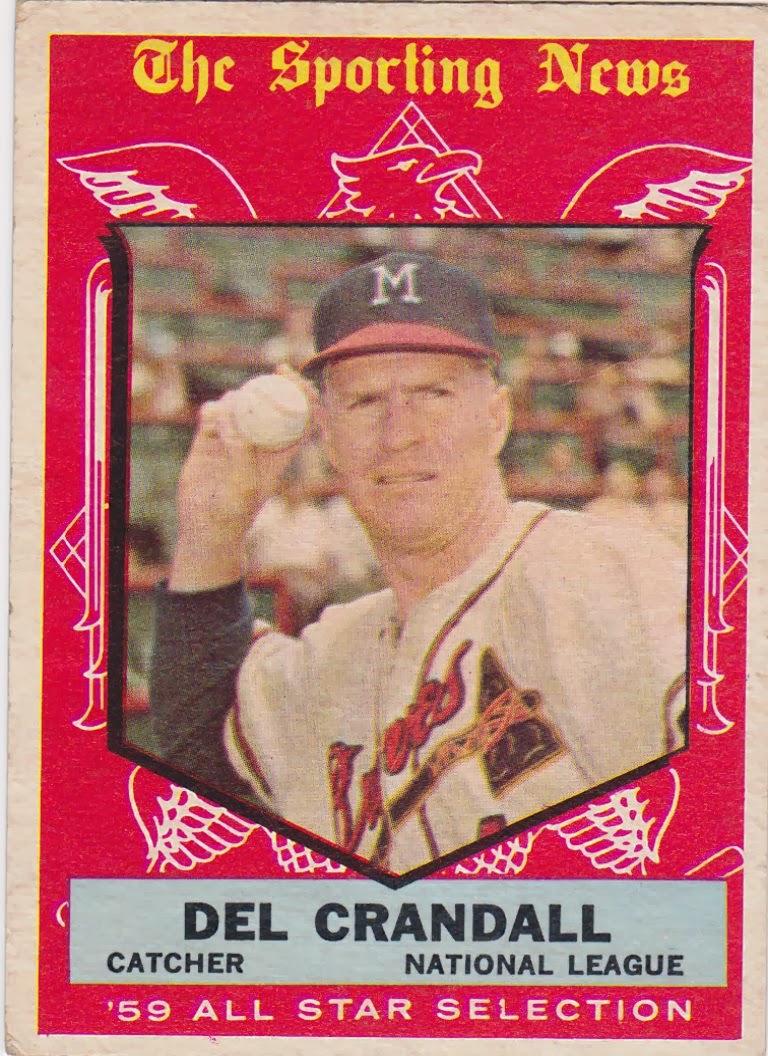 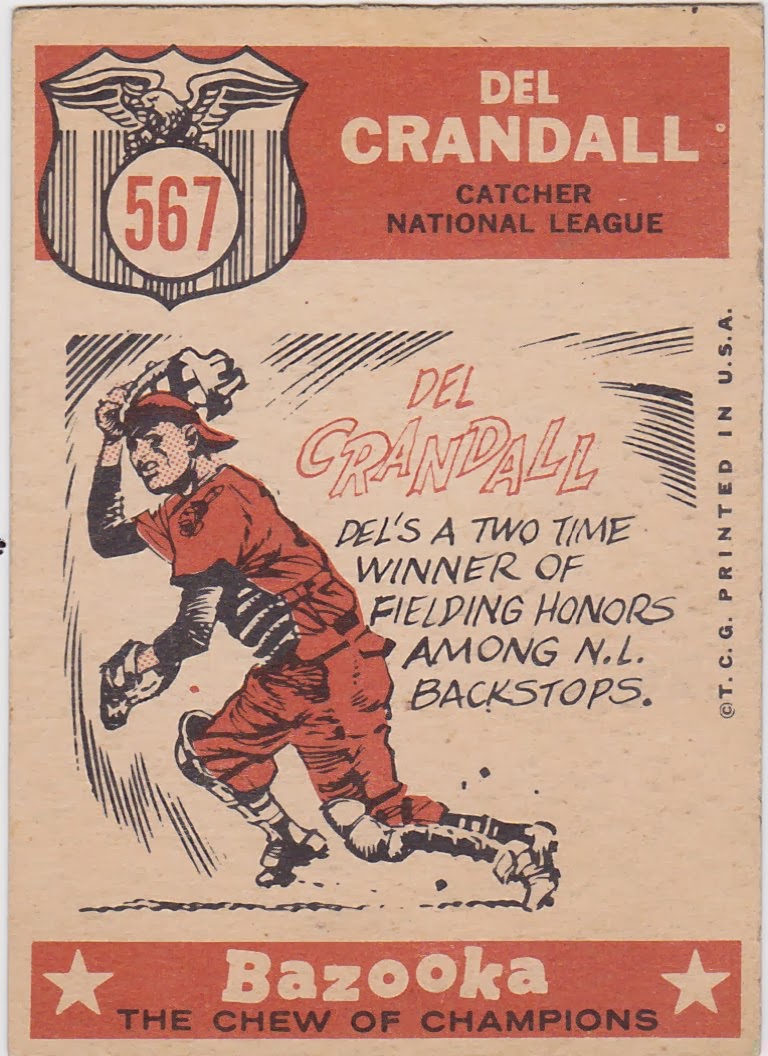 This Del Crandall card is the next to last All Star card to be posted here. Crandall, who was featured on his own '59 card (posted here), was a eight time NL All Star, a four time Gold Glove winner and 1949 Rookie of the Year runner-up.

Known for his defensive and pitcher handling abilities Crandall was a decent hitter who had a couple of .290+ seasons. He was probably ranked second only to Roy Campanella at his position during the decade of the fifties.

Crandall played in 8 All Star games and while he hit only .200 in those games (4 for 20) he did homer for the NL off the Red Sox' Bill Monbouquette at Kansas City's Municipal Stadium in the first of two All Star games in 1960.

The red railing tips us off that Crandall is posing in San Francisco's Seals Stadium in the photo on this card.

Posted by Commishbob at 7:49 AM