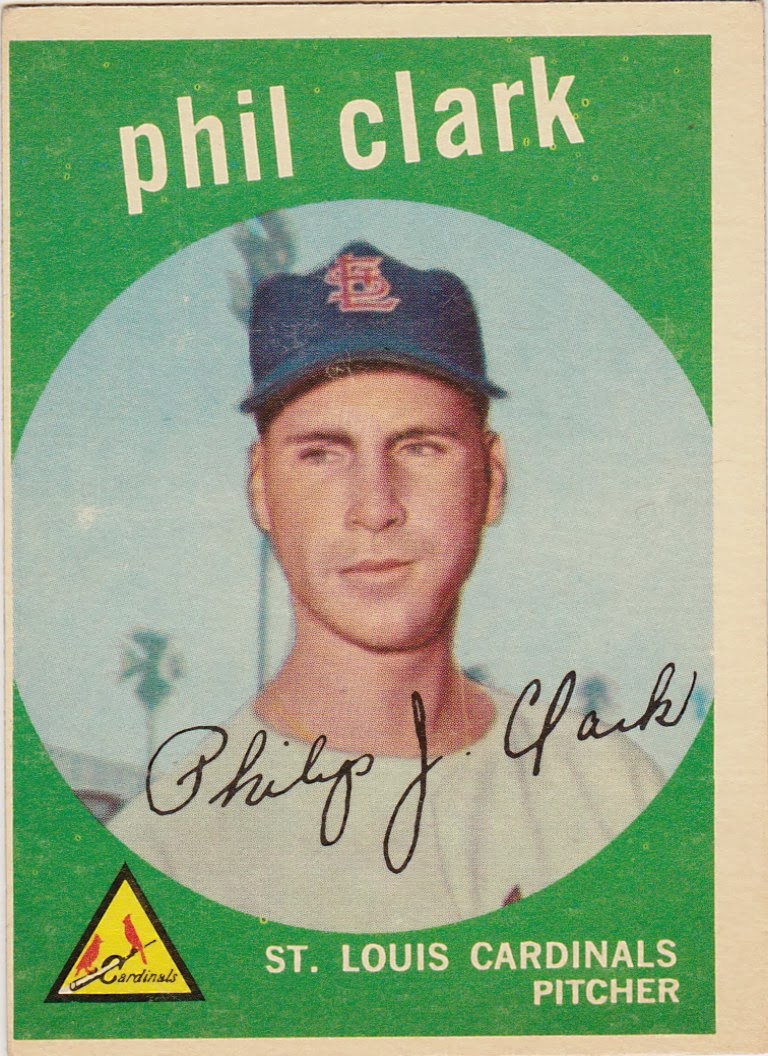 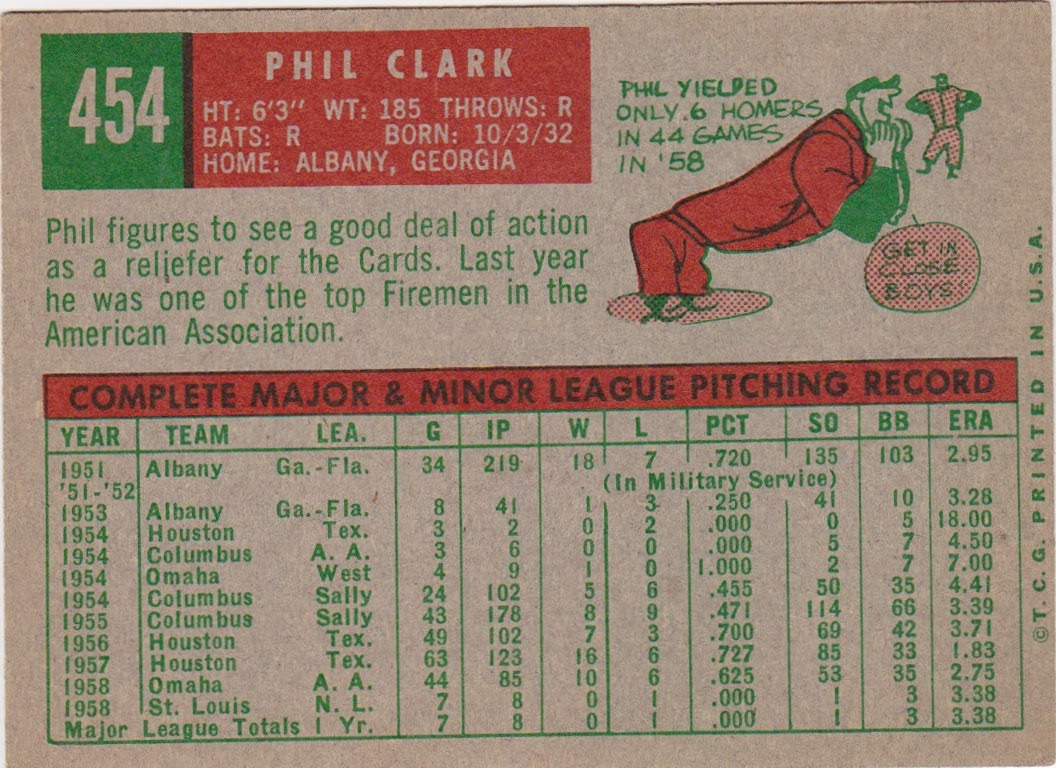 Pitcher Phil Clark was fortunate enough to get to play in his hometown of Albany, Georgia after being signed by The St. Louis Cardinals in 1951. He was a starter then and put together an 18-7 season with a sub-3.00 ERA. Then Uncle Sam came calling and Clark served for two years.

Returning in 1954 he climbed the Cards' ladder while switching to a bullpen job. He had some impressive years in the high minors and earned a spot on the Cards' staff in 1958. To paraphrase Frank Sinatra Clark was 'riding high in April' (no earned runs and a save in four games) but he was 'shot down in May' (six hits and three earned runs in an inning and a third over three games).

Back in the minors Clark was solid for the rest of that season and got another early shot with the Cardinals in '59 but was rocked pretty hard and farmed out once again. He pitched two final minor league seasons in the Dodgers' chain and then retired to get a degree in education at the University of Georgia and become a high school teacher back in Albany. He spent thirty years in the classroom, good for him.

Phil Clark had a role of author/ballplayer Jim Brosnan's 1961 book The Long Season. Clark and Brosnan were friends yet the contrast between the two makes for good reading: Brosnan was the cerebral, established major leaguer while Clark was a fringe player worried about he ability to stick in the big leagues. It's a 'must read' for those with a 'baseball book habit'.

There isn't much on Phil Clark to be found on the 'net. I did discover his name on the 1950 Georgia High School football all star game roster.

This card features a spring training shot and the pose is very similar to that on his only other Topps card, the '58. Except that Clark is grinning on the '58. 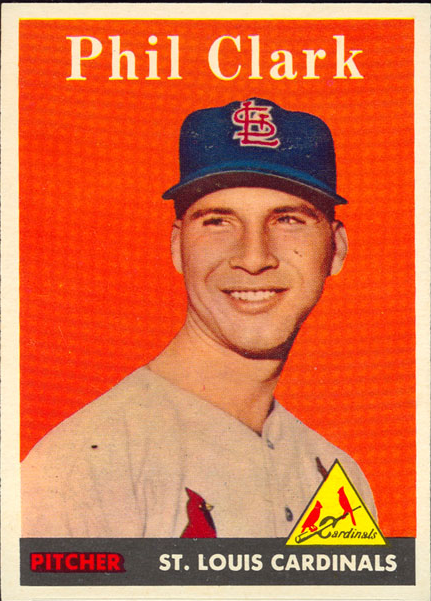