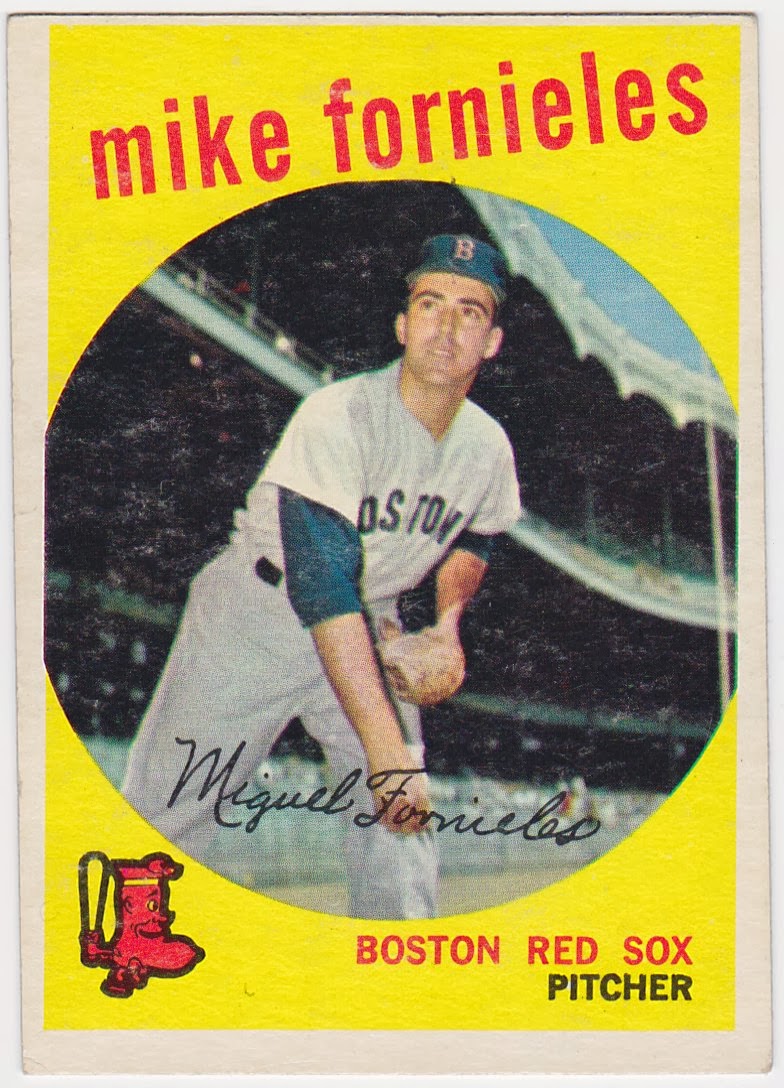 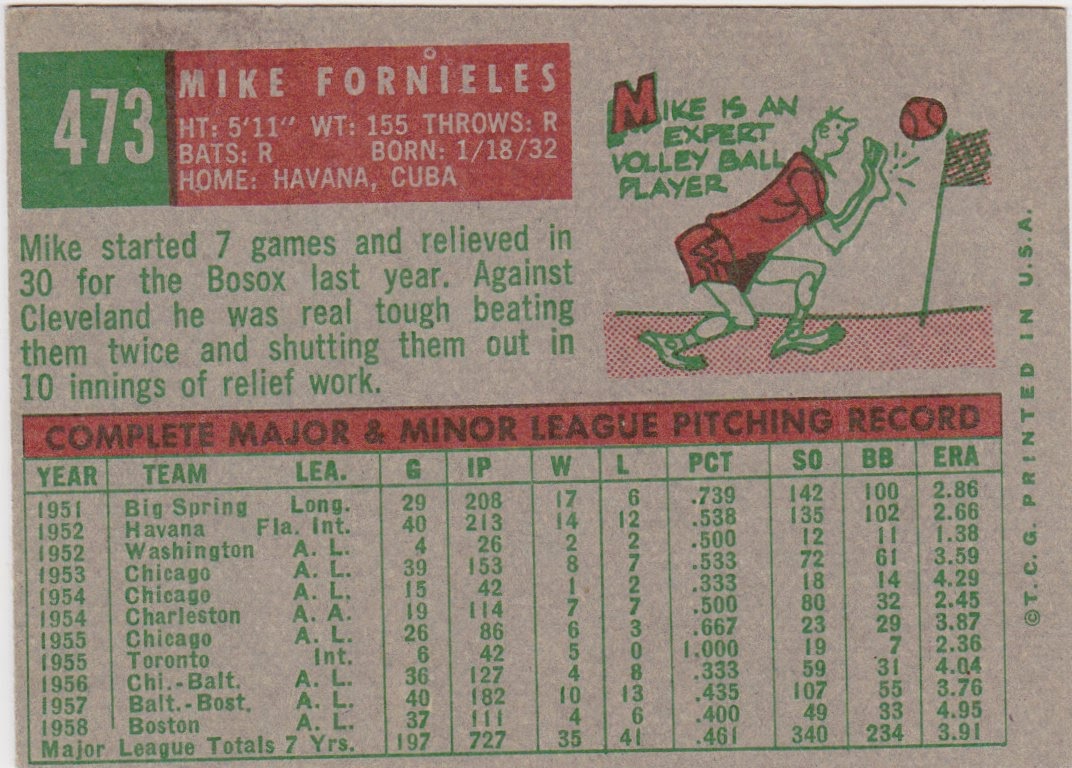 Mike Fornieles (full name: Jose Miguel Fornieles Torres) is another in a long line of native Cubans that were signed by Senators scout Joe Cambria over the course of several decades as he worked for owner Clark Griffith. Fornieles came to the U.S. after signing in 1950 and began his career as a righthanded starter in Big Spring, Texas.

Having been through Big Spring it's hard to imagine being a 19-year-old from Cuba and finding yourself in the middle of west central Texas at the beginning of the 1950s. But a look at the 1951 Big Springs Broncs' roster would lead you to believe that Fornieles had plenty of countrymen around to keep him from getting lonely. And his 17-6 season would tend to back up that theory.

After another standout campaign in 1952 (with the Nats' Havana affiliate) Forneiles got a late season call-up and he debuted in Washington on September 2. In that first game he pitched and won a one hit shutout of the Philadelphia A's. He fanned four and worked around six walks for the victory. A week later he got another start and took a loss but pitched decently enough to get a couple more looks as a reliever. In his final appearance he went eight innings in relief of Julio Moreno and allowed only three hits as the Nats rallied to get him the win.

That winter he was traded to the White Sox for Chuck Stobbs as Washington tried to pick up some left handed pitching help. He spent the next four seasons as a spot starter and reliever for the Sox and Orioles who traded him to the Red Sox in 1957. He had six seasons in Boston and in 1960, by now a full time reliever, Fornieles won 10 games and led the AL in appearances and saves.

In '61 he made his only All Star squad and was called on in the first of two ASGs that year. He allowed a homer to George Altman, the first man he faced. After getting Willie Mays to fly out he was touched for a hit by Frank Robinson and was taken out of the game in favor of Hoyt Wilhelm.

He stayed with Boston until they dealt him to the Twins in 1963 after which he retired to become a car salesman in Florida. SABR has a detailed look at his career. He passed away at 66 in 1998.

That is, of course, the iconic Yankee Stadium serving as background in the pic. I appreciate those cards on which the frieze (a.k.a. 'facade') is shown.
Posted by Commishbob at 5:30 AM