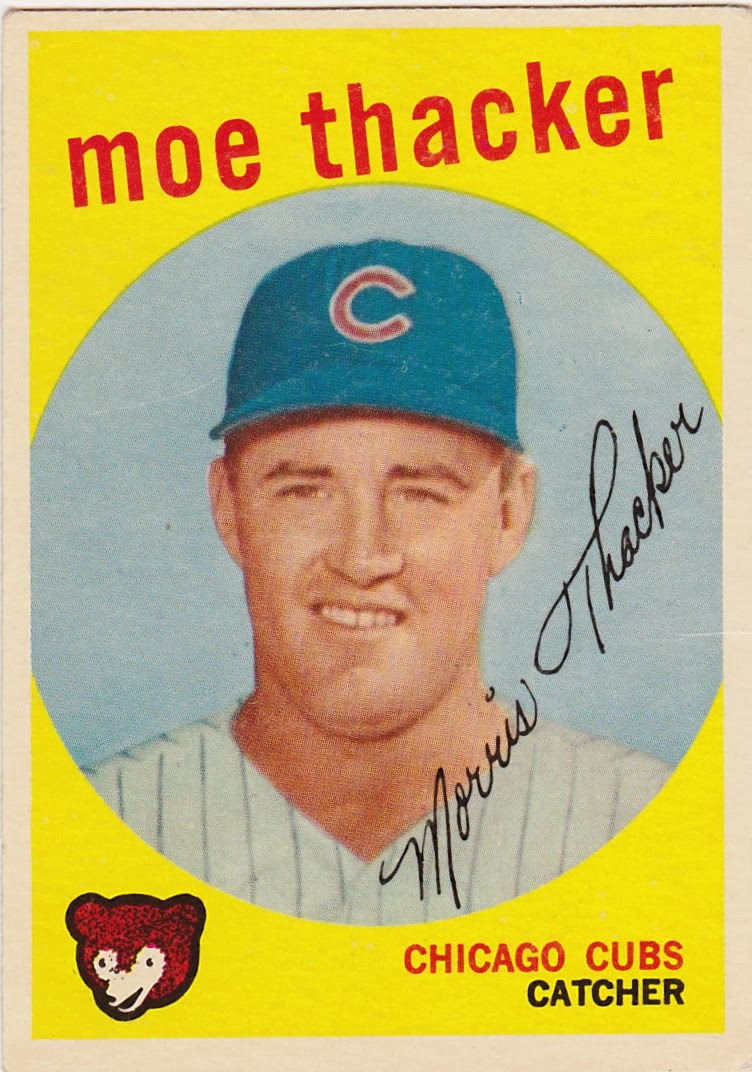 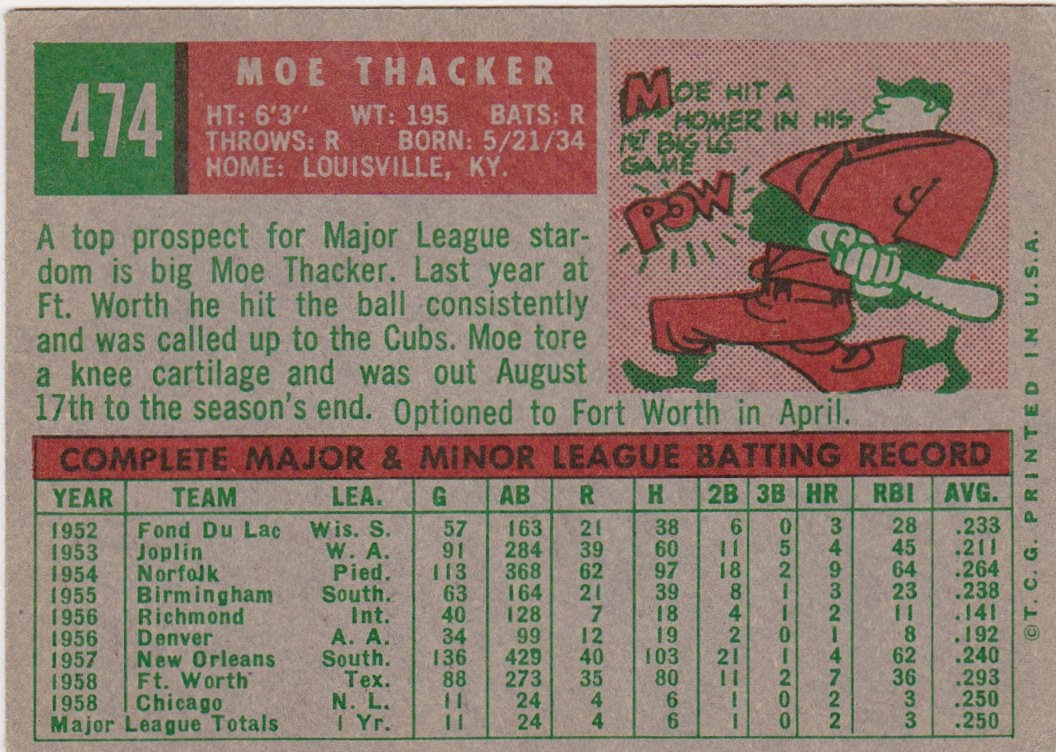 The Yankees signed catcher (and three sport Kentucky high school star) Moe Thacker in 1952 and he moved up through their farm system despite some poor hitting numbers and a strong crew of catchers ahead of him in that organization. After six seasons they sent him to the Cubs for whom he hit .293 in AA ball in 1958. He was up with the Cubs for a brief stretch in August and he hit .250 in 11 games. He had homered in his first game at Wrigley but subsequently hurt his knee.

Unfortunately he never approached even the .200 level after that in his career. Thacker played in the minors in '59 but was the Cubs' back-up catcher for most of the next three seasons. During that time he hit .187 or less and he was traded to St. Louis for 1963.

Outside of a handful of at bats for the Cards that year he finished his career in the minors. After baseball he returned to his native Louisville, Kentucky and owned a string of fast food franchise outlets. He died in 1997.