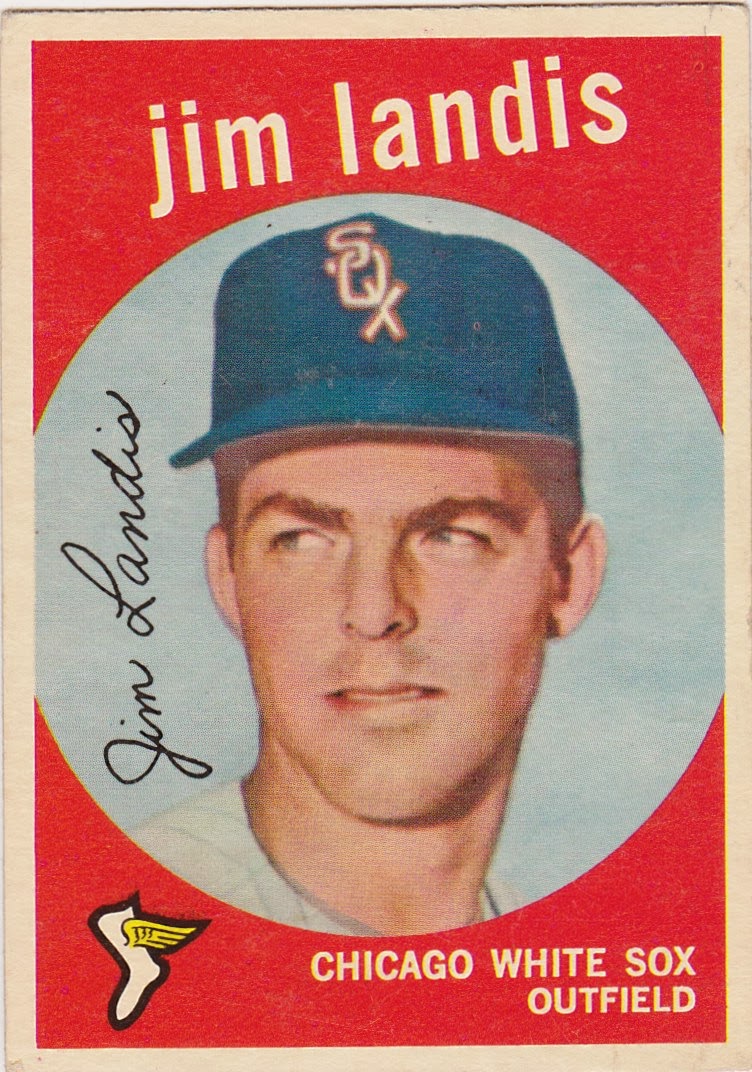 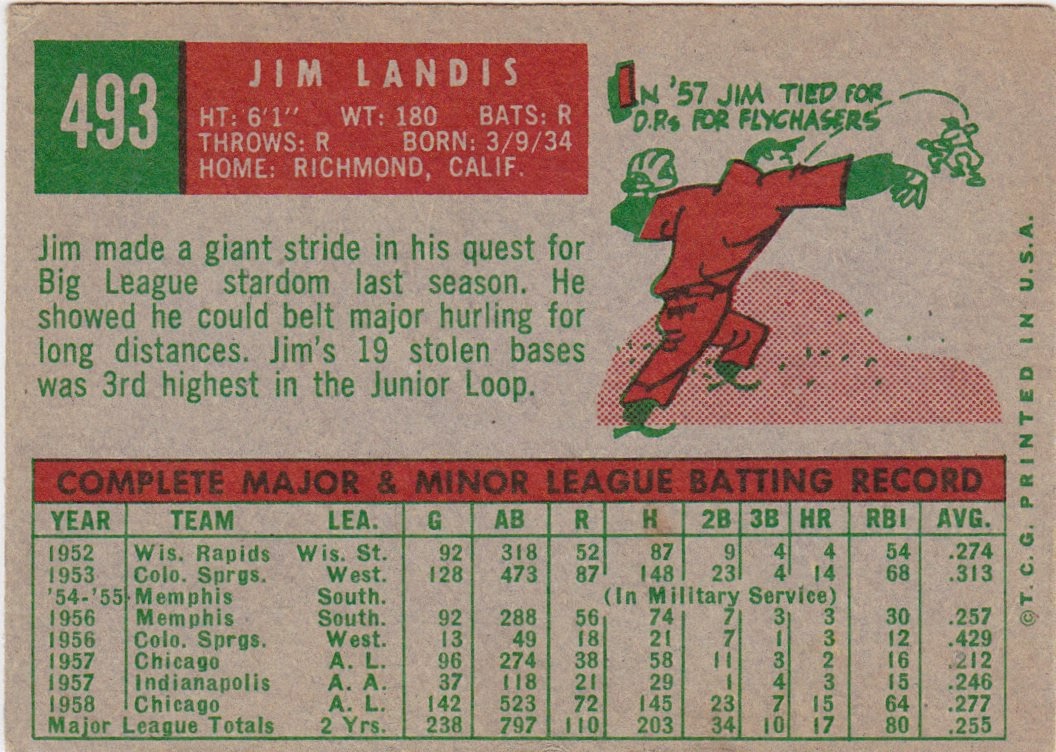 California native Jim Landis was a five time Gold Glove winner  for the White Sox and as a member of the '59 Go-Go Sox he helped that club win the American League pennant. He began his baseball career by signing with Chicago in 1952 and played two seasons of minor league ball before spending two years in the military.

Landis returned to baseball in 1956 and hit well enough to earn a spot in the Sox' outfield in 1957. He seemed over-matched by big league pitching and was sent to the minors for five weeks in late summer. In '58 he blossomed and hit .277 with 15 homers and was the everyday center fielder.

His '59 season was good enough to garner some MVP votes and in the Series against the Dodgers he hit .292 and made some crucial defensive plays in a losing effort. In 1960 he began his string of Gold Glove seasons and in 1962 he played in the All Star game. He was in the top three in many defensive categories among A.L. outfielders between 1958 and 1963.

But his offensive numbers had been sliding since his 22/85/.283 season in 1960 and he was traded to Kansas City for 1965 where his hitting had a slight uptick. But after a year there the A's dealt him to the Indians and he spent the '66 season watching his stats slide again. His last season in the game was 1967 which he split between the Astros, Tigers and Red Sox. His stay with Boston was only about a week and he wasn't able to stay around to possible play in the '67 Series with them.

He was in the sign business after retiring. SABR is as always the best place to read up on Landis' career and Baseball Almanac has an interesting interview with him. Jim's son Craig Landis played minor league baseball and is currently a player agent