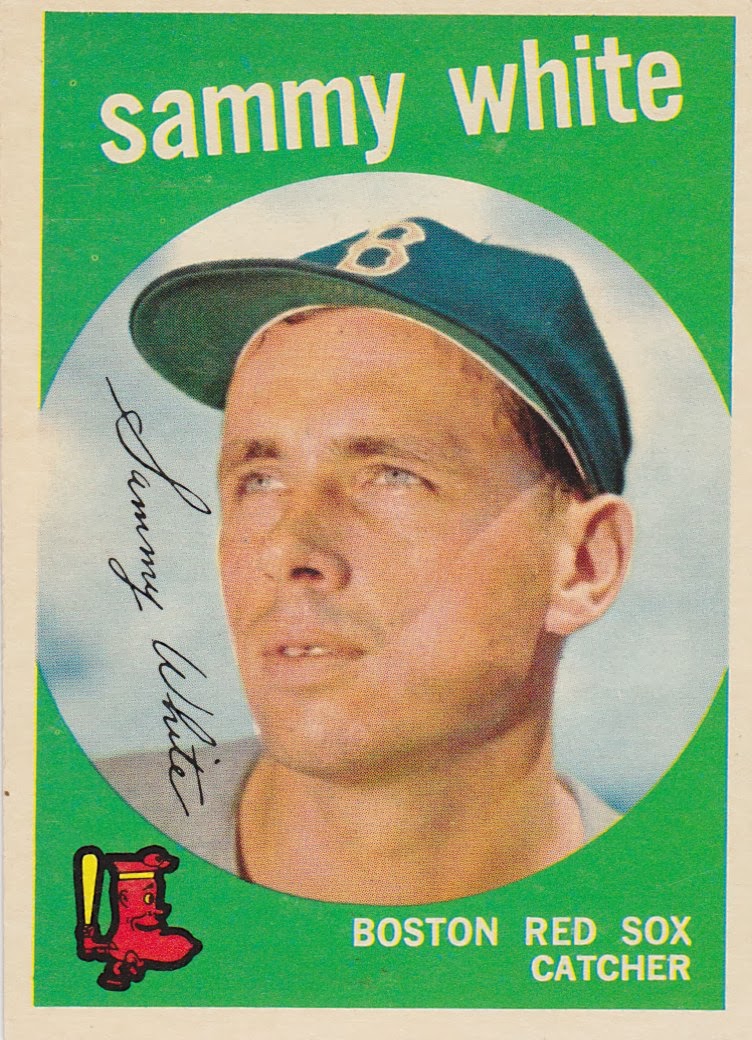 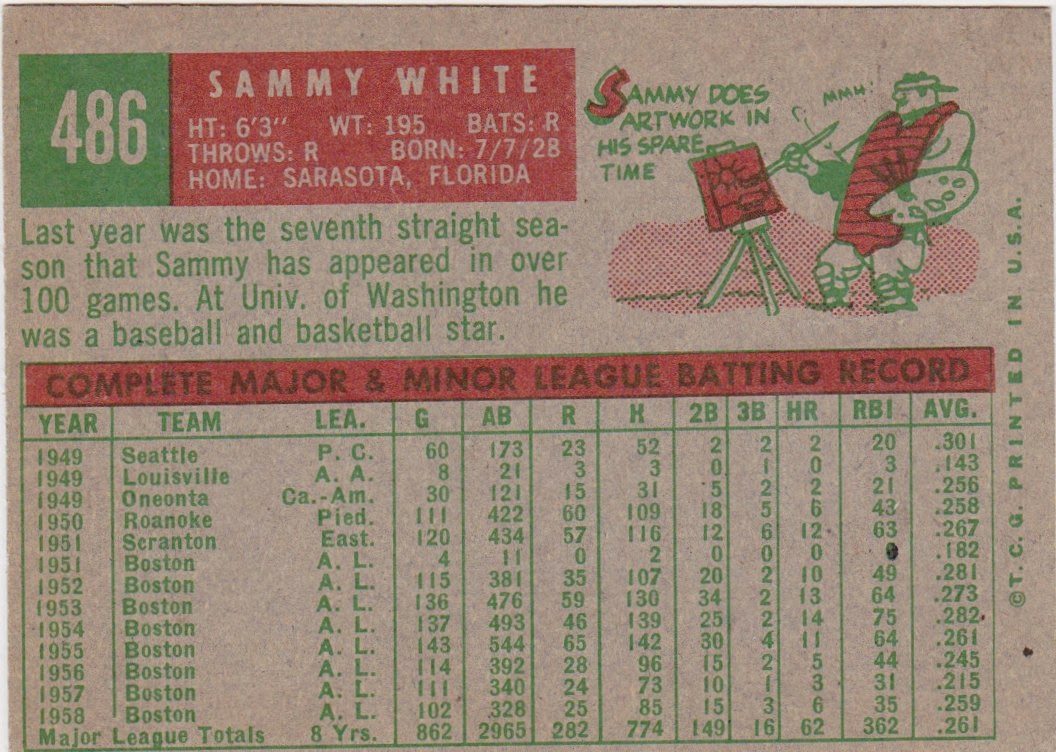 Sammy White made a big jump in 1952. He had been signed out of the PCL, spent three seasons in the Red Sox' system and had a four game taste of the majors when he was handed the starting catcher's job in Boston after having spent the previous season in Class A ball.

And White made the most of it. In 115 games he hit ten homers, drove in 49 runs and hit .281, just a few points below the best average of his career. To top it off he finished third in the Rookie of the Year balloting finishing just a tick behind Philadelphia's 15 game winning hurler Harry Byrd and fellow catcher Clint Courtney of the Browns.

For an encore White made the 1953 AL All Star squad. Too bad that Casey Stengel kept him on the bench as Yogi Berra caught the whole game. White never again made it back to the ASG. But he did have a productive career as the Sox full time catcher for eight seasons through 1959 and earning a reputation as a good defensive player. He led all AL catchers in assists from 1953 through 1956.

He hit for some power and even stole a base every now and then. Coming off the '59 campaign in which he hit a career high .284 the Sox, apparently deciding to 'sell high' at that point traded White to the Indians. White, with a new bowling alley venture to run, decided to retire rather than report to the Indians. He sat out the entire 1960 season and the deal was voided.

In June of 1961 the Braves talked White into playing and purchased his contract from the Red Sox. Milwaukee was looking to fill the spot opened by an injury to Del Crandall and he spent the rest of that year backing up rookie Joe Torre. As a side note the Braves paid White $35,000 for that half year of back-up duty which was the most money he had ever made in baseball.

Released after that season White hooked on with the Phils for 1962 and then retired for good to run his business. His SABR page has many details of Sammy White's colorful career including his attempt to field an off-season basketball squad of Sox players that led to a mini-holdout (he had been a basketball star at the University of Washington). And it mentions the conflicting advice he got from every side on how to improve his hitting by changing his stance. He heard from two extremes, Ted Williams and Sox owner Tom Yawkey!

The article out of a Eugene paper in 1953 discusses the young catcher and has glowing quotes fro notables such as Bill Dickey and Berra. Sammy White died in 1991 in Hawaii where he had been living after retiring from his business ventures.
Posted by Commishbob at 6:00 AM