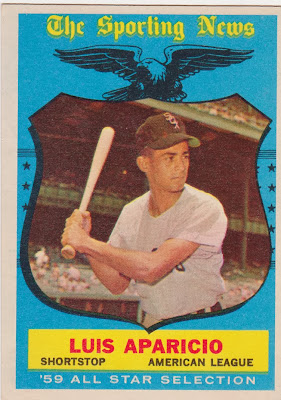 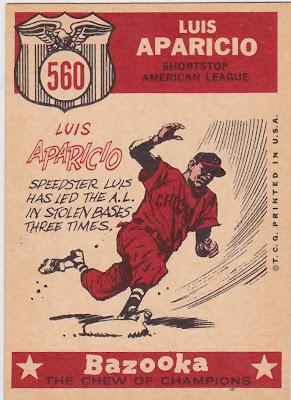 Luis Aparicio makes his third appearance in the 1959 Topps set with this All Star card. It follows his regular issue card and his Keystone Combo special card appearance alongside Nellie Fox.In his career Looie make 8 All Star squads appearing in 10 games. His Hall of Fame career is not reflected in his All Star game numbers as he went 2 for 25 with one stolen base in those 10 games.

No way to tell if this shot was taken at the same time as his regular issue card photo but they were both taken at Yankee Stadium.