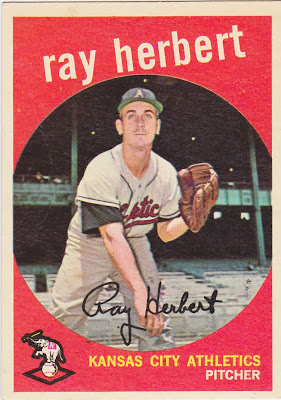 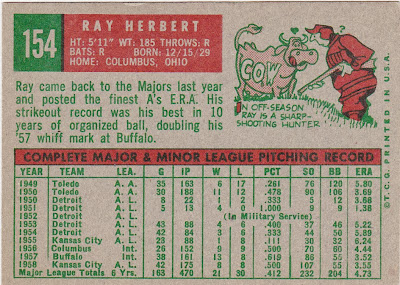 Detroit native Ray Hebert signed with his hometown Tigers in 1949 and after putting up some nice minor league stats he got a taste of the majors in 1950. He spent most of 1951 and all of '52 in the service before returning to Detroit and taking a spot in the Tigers' bullpen.

He had control problems and was beaten up pretty badly over two seasons before he was sold to the Athletics for the 1955 season. Another subpar year led to a couple of seasons back in the minors. He returned to the bigs in 1958 and had better results in a swingman role. The next two years saw Hebert gain a spot in the Athletics' rotation and he won 25 games for some pretty bad KC clubs. He was traded to the White Sox in June of '61 and he career took another turn for the better.