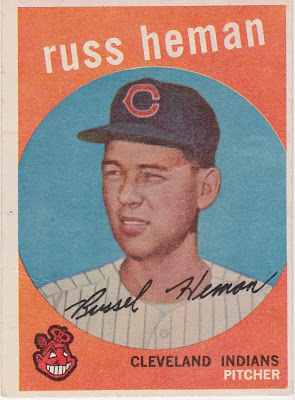 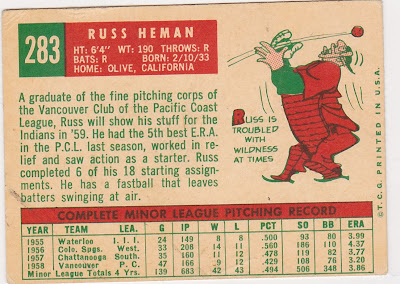 Victimized with a terribly airbrushed hat, righthander Russ Heman was still a couple of seasons away from making his major league debut when this card was issued. Heman had banged around in several organizations from 1952 through 1960 before he won a job in the Indians' bullpen in 1961. He made six appearances early that season before being traded to the Angels in June. He made six appearances in ten days as an Angel before being traded to the minor league Toronto club and he never returned to the bigs.

In those twelve games he pitched 20 innings, allowed 12 hits and had a nice 2.70 ERA. He had no decisions but did pick up a save.

His card features one of those brutally honest cartoons that states he is troubled by wildness at times. Great cartoon, too.

This is Heman's only Topps card but I found a couple of pics that I thought I'd share. After all he had a 1.100 WHIP which is slightly better than Sandy Koufax's 1.106. I also found a story about a no-hitter he pitched for San Diego in 1959. 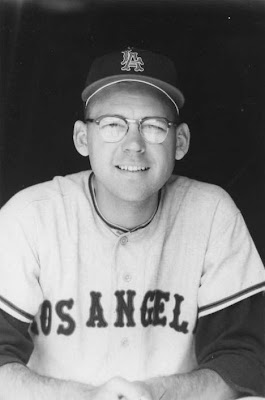 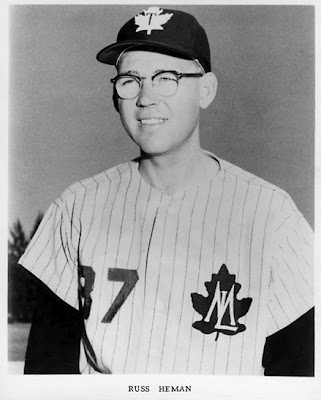