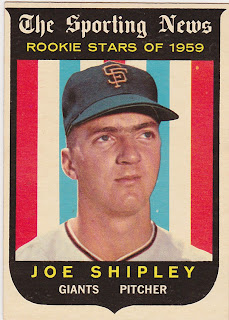 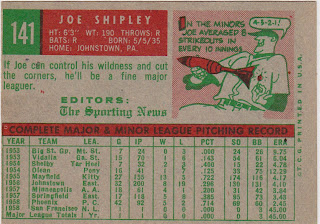 Well if Joe Shipley's former teammate Felipe Alou is to be believed:

....Giants manager Felipe Alou said Giants pitcher Joe Shipley once heaved a fastball that went over the screen at Seals Stadium and clobbered a fan. "I heard he was ordered to hit somebody," says Alou. Mission accomplished. (Legend has it that as a minor-leaguer Shipley hit a batter who was in the on-deck circle.)

In 1953 Tennessee native Shipley was acquired by the New York Giants from Vidalia, an independent pro team in the Georgia State League. Shipley had gone 1-9 with a 6.99 ERA and had issued over eight walks per nine innings with the two clubs he pitched for that first season as a pro. But the Giants must have seen potential.

He fought his way up the Giants' minor league ladder while showing some promise mixed in with bouts of wildness. He made one appearance with the now San Francisco Giants in July of 1958 and took a pounding. In 1959 he pitched with the big club into June making ten trips to the hill including one start. He had no decisions but the Giants lost every one of those games. That's a pretty weird stat.

He made 15 relief appearances with the 1960 Giants, again with no decisions while the Giants went 1-14 in those games. I'm not Dick Tracy but I'm seeing a pattern here. Shipley was released prior to the 1962 season and moved through a couple of organizations before he got one final shot from the White Sox. In three games in July of 1963 he pitched a total of 4.2 innings, gave up 9 hits, seven runs and six walks. He took a loss and that was his only career decision.

The card back blurb notes that if Shipley can ..."control his wildness and cut the corners he'll be a fine major leaguer."

Shipley pitched in the minors for a few more years and then went on to coach baseball at East Tennessee State from 1966 to 1975. His best record there came in 1972 when his club went 12-7. That's Joe in uniform at ETSU below. And below that is his 1960 Topps cards. Two cards for a guy with one decision in his career. 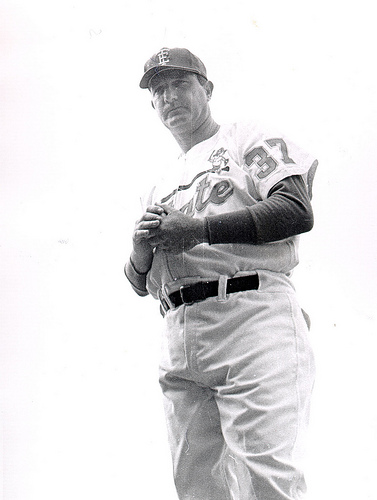 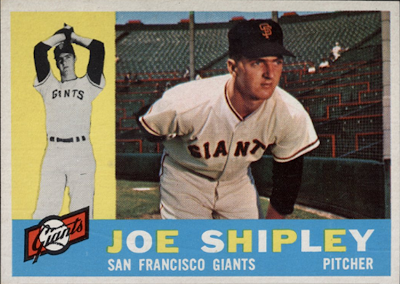