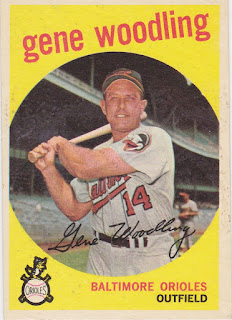 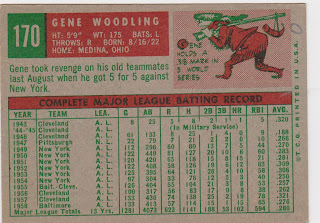 Gene Woodling's career stretched from 1943 with the Indians through 1962 with the expansion Mets. Along the way he was a reliable hitter who had a good on base percentage, a .284 lifetime average, hit .318 in five World Series (he won them all as a Yankee and they were in consecutive years), had enough power to register double digit homers nine times, made the AL All Star team in 1959 and garnered a reputation as an all around valuable edition to every team he played for and a good guy to boot.

He broke into pro ball in 1940 as a 17 year old Indians signee and made the bigs in 1943 as noted. After a couple of years in the Navy during WWII Woodling returned to the Indians, was traded to the Pirates and then to the Yankees where he spent 6 seasons and won his five rings.

His first run with the Orioles, in 1955, wasn't very successful but after three years in Cleveland he returned to Charm City in 1958 and was one of the clubs better players. He continued on to play for the expansion Senators and then the Mets before retiring.

After his playing days he served as a coach for the Orioles for several years. He published a book on hitting in the late 60s. He died in 2001. EDIT: for some reason my browser is giving me a malware warning when I attempt to access the SABR site. YMMV  His SABR page is a very complete bio... as always it's recommended. 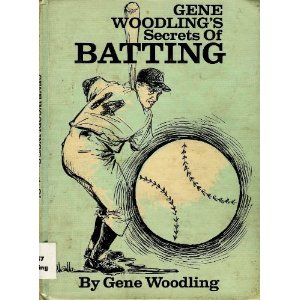 Gene has a page at the Baseball in Wartime blog. And it features this great picture. Not sure how I missed that in my initial research. 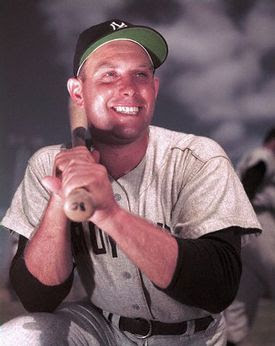 VERY LATE EDIT (Feb 20, 2014)... In a comment Paul pointed out that this picture on the baseball in Wartime site was flipped horizontally. Here is a corrected picture: 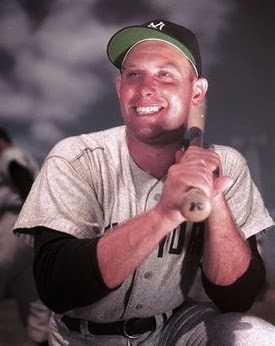