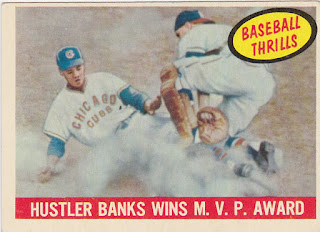 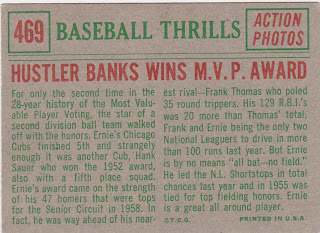 Ernie Banks makes his third appearance on this blog. We've seen his regular card and his All Star card already. This Baseball Thrill subset entry commemorates his 1958 MVP award. As the card notes he won as a member of a 5th place Cub team. He repeated the same feat with a very similar season in 1959. He was the first NL player to win in back-to-back years.

As I like to do I dug around and found the original photograph that Topps used to produce this card. And again I found it on good ol' Corbis. The shot was taken on September 8, 1957 in a game the Cubs won in 10 over the Braves in Milwaukee. Ernie's run was the go-ahead tally in the 5-3 game. Here it is with the original caption: 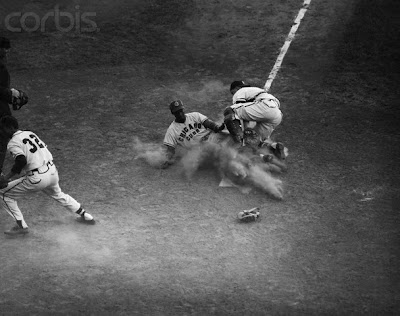 
And here is the Corbis original cropped to include only the action that Topps used: 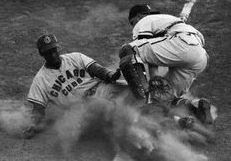