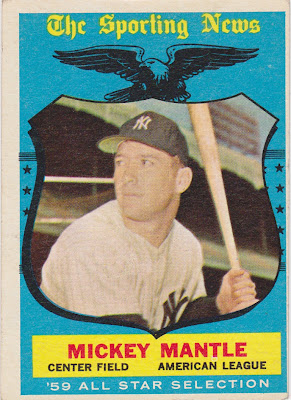 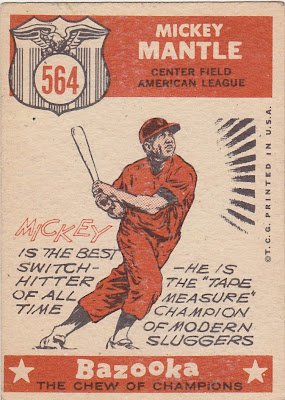 Mickey Mantle played in both of the All Star Games held in 1959. In the first he pinch ran for Gus Triandos in the 8th inning and played rightfield. In the second game he started in center and went one for three. His hit was a bunt single off Don Drysdale.

In his career Mantle was a sixteen time All Star. He certainly didn't have 'Mantle type' numbers in the Mid Summer Classics. He hit .233 with 2 homers and 17 whiffs in 43 at bats.

Any Mantle card is a nice Mantle card, don't you think? I was able to find this one reasonably and it's in better shape than some of the more expensive ones I came across.

My favorite Mantle All Star card, by far, is the '58. I've bid on more than a dozen of those. One day I'll get lucky on one. 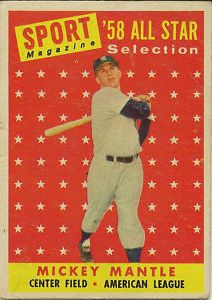 Email ThisBlogThis!Share to TwitterShare to FacebookShare to Pinterest
Labels: All Star, Mickey Mantle