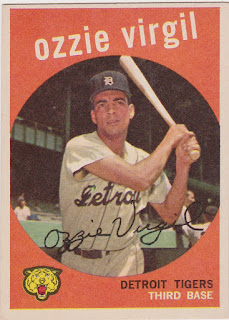 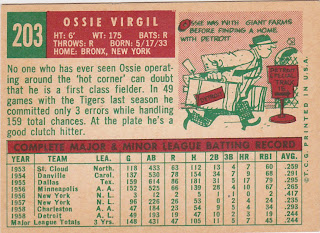 Lets get technical for a moment. Just the other day I mentioned the Felipe Alou "is credited with being the first Dominican player in the majors". I suppose that depends on how you define 'Dominican'. That's because Ozzie Virgil, also a Dominican, made his debut on September 23, 1956. Felipe Alou's first appearance in a major league game came on June 8, 1958.


Ozzie Virgil was born in the Dominican Republic but his family emigrated to the U.S, when Ozzie was a teen. He attended DeWitt Clinton High School in the Bronx, N.Y. He also served in the Marine Corp. He was more "American-ized(?). Alou, on the other hand, came to the states specifically to play ball. So, flip a coin.


It really doesn't matter. Both players blazed trails. Virgil broke the color barrier on the Tigers when he went to Detroit in 1958 following his year or so with the Giants. He was never a regular but could handle his glove well and was able to play part time in the bigs through 1969. The fact that he could (and did) play anywhere except the mound helped him land spots with the Pirates, A's, Orioles and (again) the Giants.


He played for the Orioles for exactly one game in 1962, pinch hit in the bottom of the ninth for pinch hitter Marv Breeding and drew an intentional walk. He therefore has an OBP of 1.000 for my Birds. Good for Ozzie!


Following his playing days he served as a coach for various teams for nearly two decades. He had been a player/coach for the Phoenix Giants in 1968. He also managed in winter ball and held several front office and scouting jobs. His son, Ozzie Jr. caught in the majors in the 80s, primarily for the Phils and Braves.


ESPN has an article/interview online that deals with Ozzie Sr. on the anniversary of his MLB debut. It's worth a read.


This is another one of those "posing in Yankee Stadium while standing in front of the visitor's dugout" shots that seem to predominate the 59 set. 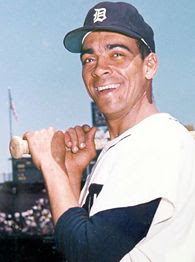 Here is my Portuguese grandfather circa 1957. 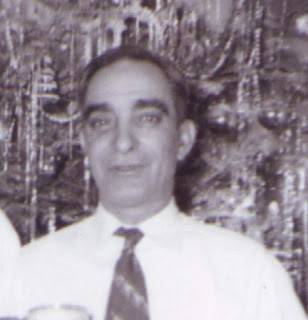 What say you?
Posted by Commishbob at 6:58 AM