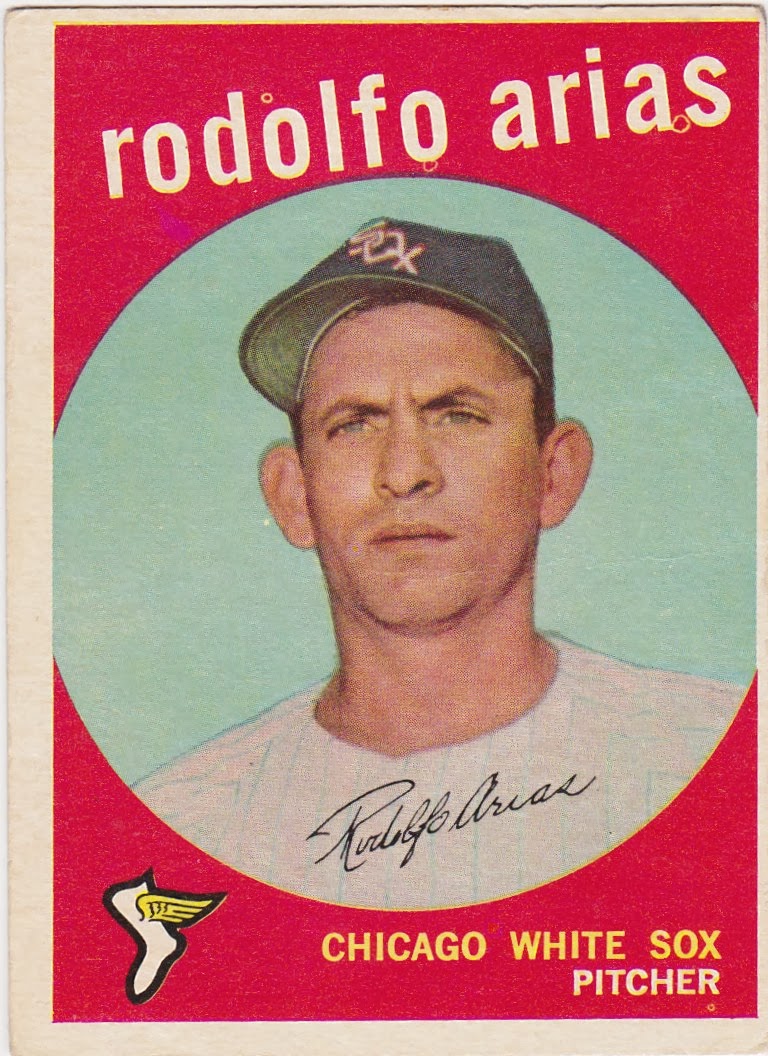 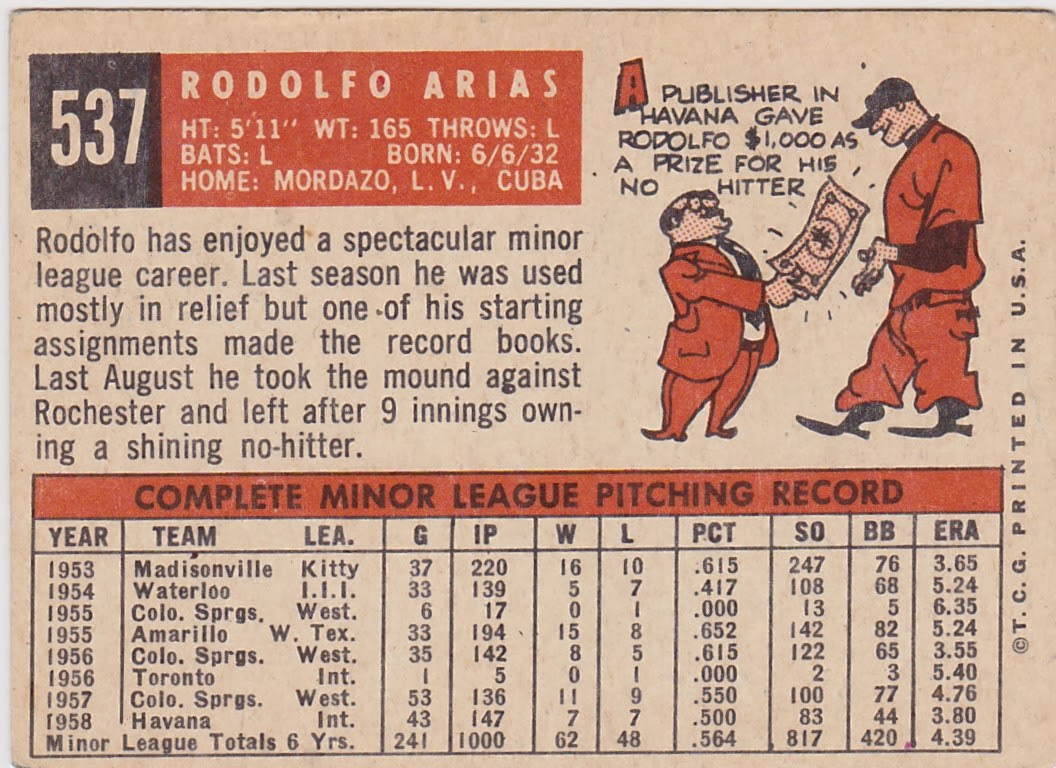 If you're going to play only one season of major league baseball you might as well make it a season that ends up with a World Series, right? And so it was with lefty pitcher Rodolfo 'Rudy' Arias. A Cuban native he had pitched in his home country for several years before signing with the Chicago White Sox in 1953 as a 22 year old.

Interestingly he had been approached by Joe Cambria, the Senators' 'super scout' who had reeled in so many Cuban stars for the Nats in the 50s. But Arias, on the advice of a Cuban baseball executive, put off signing with Cambria. He had hopes of drawing interest on a baseball trip his Cuban team was about to take to the States. And he was right. Based on his play the White Sox made a much larger offer than Cambria routinely did.

Beginning with his first season in the minors in '53 Arias pitched nearly year-round as he traveled back to Cuba to play in the winter leagues there. His first minor league season was his best but he continued to climb the Sox' ladder despite less than gaudy stats until he made the club in the spring of 1959.

That year he appeared in 34 games with the White Sox, all in relief. He totaled 44 innings and posted a 4.09 ERA to go with a 2-0 record. He made his last appearance of the season late in August but was on the Sox' post-season roster when they played the Dodgers in the World Series. Arias did not get into a Series game.

He was back in the minors in 1960 and moved through several organizations, never resurfacing in the big leagues. He last pitched in Mexico in 1966 after he had 'retired' for several seasons due to an arm ailment. After retiring for good Arias worked in the Miami area in construction and security. His interesting life and career are told best on his SABR bio page.

His oldest son, also named Rudy, was a catcher in the Mariners organization and remains in baseball today serving as the Orioles bullpen catcher.

Free bonus... image of a Cuban baseball card of Rudy Arias. This is the place that sells them. 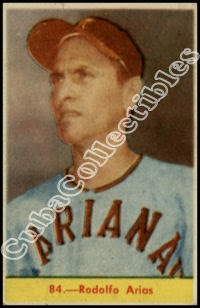 Just a few cards to go, 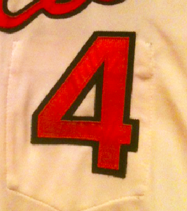