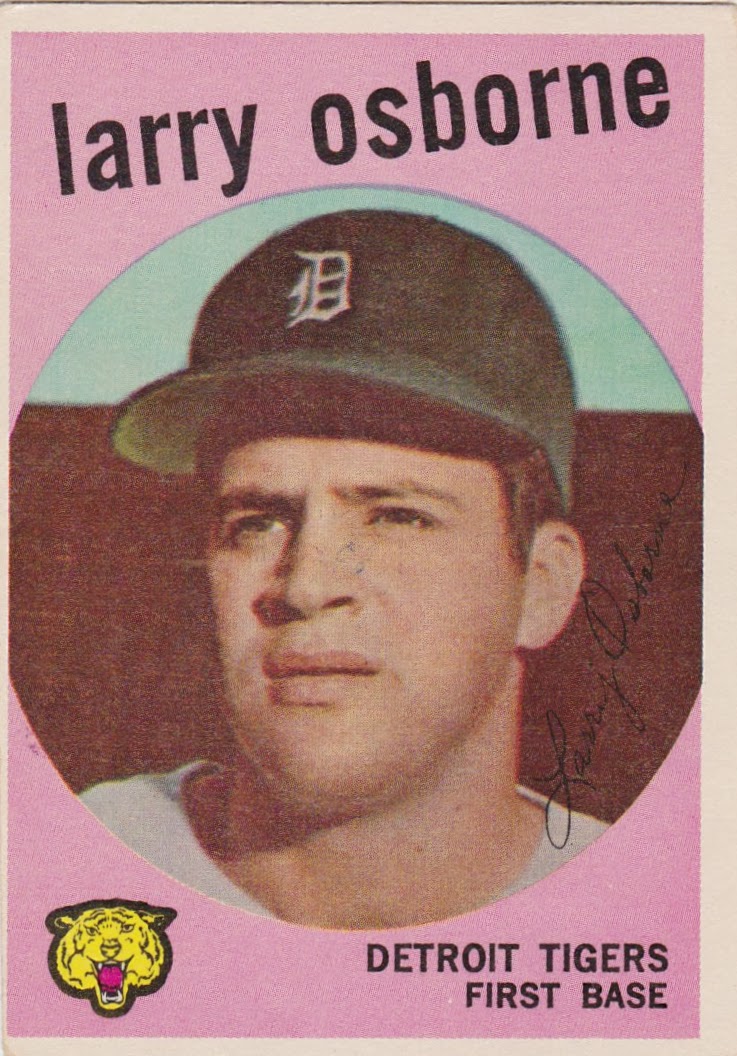 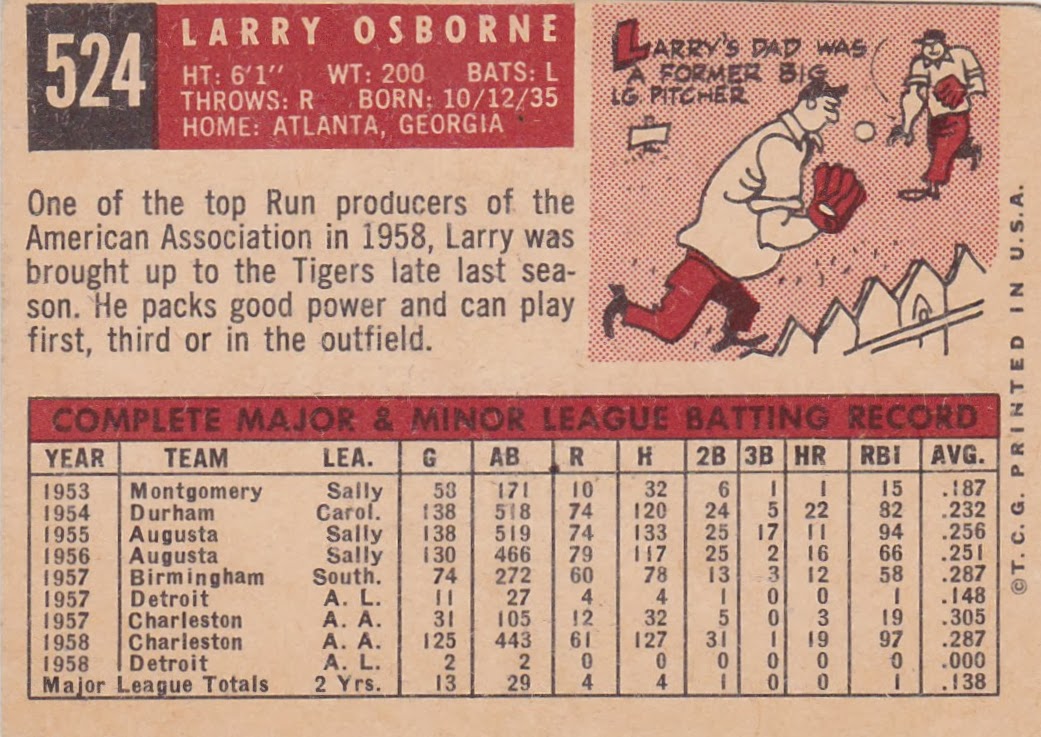 Larry 'Bo' Osborne is another baseball 'lifer' and sits in the middle of a three generation run of baseball men. His father, Earnest 'Tiny" Osborne, pitched for the Cubs and Robins (Dodgers) in the 1920s. Bo's sons Tim and Sid played college baseball and Tim has worked for the Major League Scouting Bureau for years.

Bo Osborne (he is also referred to as 'Bobo') turned down a football scholarship from Auburn to sign with the Tigers in 1953 as he came out of Atlanta's West Fulton high school. Flashing good power Osborne was able to improve his average even as he climbed through the Tigers' system for five seasons. He got a 1957 call-up when Tiger outfielder Bill Tuttle was injured but he hit only .148 in eleven games.

He was back in the minors for the bulk of the next season but made the Tigers in 1959. Playing in 86 games and getting over 200 at bats he hit less than .200 and found himself in Denver playing for the Tigers' AAA level Bears in 1960. He had a pretty memorable year. By hitting 5 fot 7 in the season's final two games he edged future Hall of Famer Carl Yastrzemski for the batting title. And he also led the league in homers and RBI to capture the Triple Crown.

He spent the next two seasons pinch-hitting for Detroit and occasionally filling in at first base for Norm Cash at first and playing some at third. Prior to the '63 season he Tigers sold Osborne to the Senators where he earned the starting first base job and hit 12 homers with 44 RBI. But his average was only .212 and he went back to the minors in '64 and played out the rest of his on-field career there.

When he retired he coached (one year as a player/coach) and managed in the minors in the Royals' system for the most part before moving into scouting. He passed away at 75 in 2011.

I like pink framed cards but that cap Osborne is wearing looks to be about three sizes too big. This is one of the least appealing cards in the set IMHO. On his '62 Topps Osborne displayed one of the great 'chaw bumps' of all time. 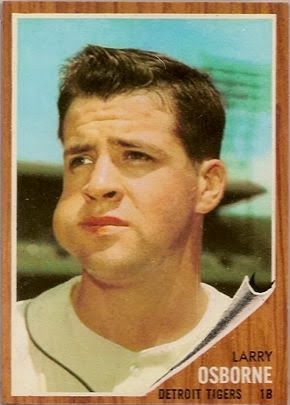 And now there are only 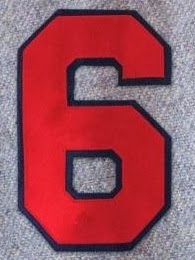