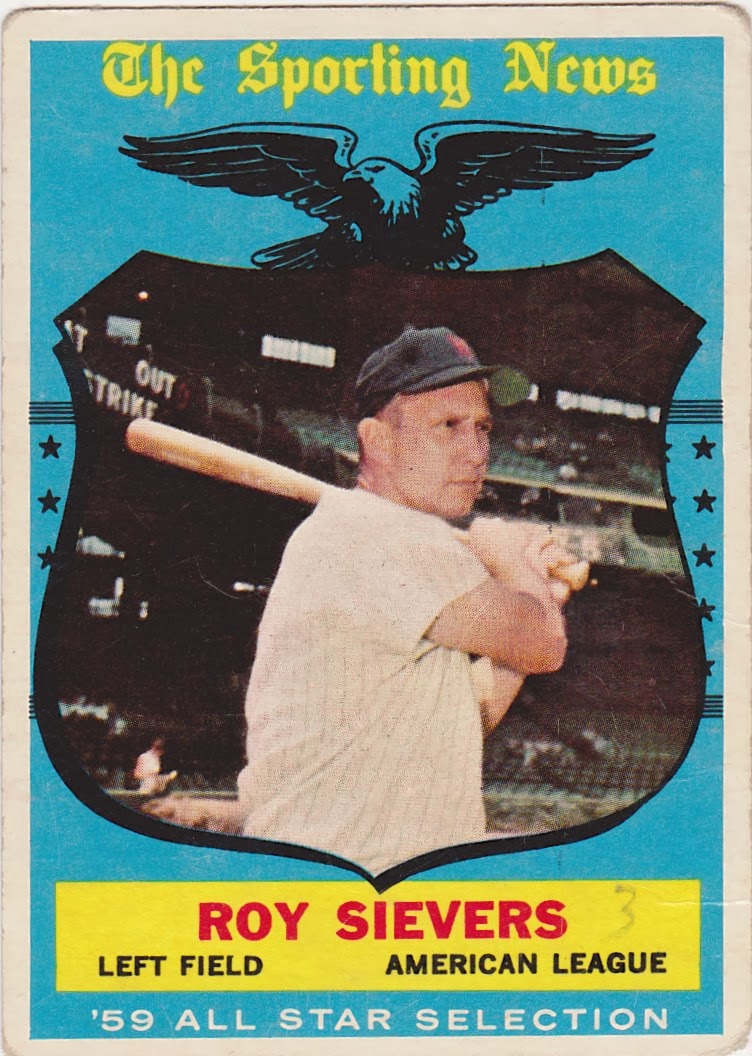 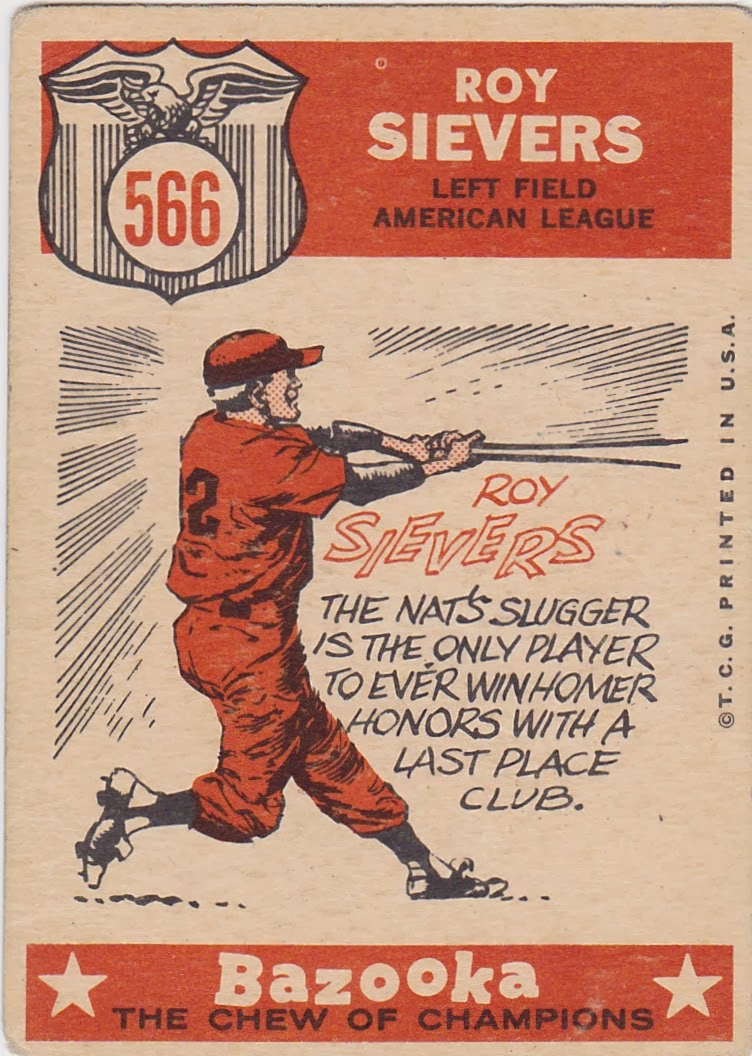 This is the last card from any of the '59 set's subsets. And it's the last of Roy Sievers' four cards in the set. Here is his regular card and we had his Baseball Thrills card and the Directing the Power special which he shared with Nats' Manager Cookie Lavagetto and Jim Lemon.

This card has Griffith Stadium as a background and is sort of rough around the edges (like me in many ways) and that's an acceptable condition to me. I hadn't noticed until I scanned it but someone wrote a "3" to the right of Roy's name on the card. That's fitting since.....

We are winding down with just

cards still to be posted.

Posted by Commishbob at 1:34 AM