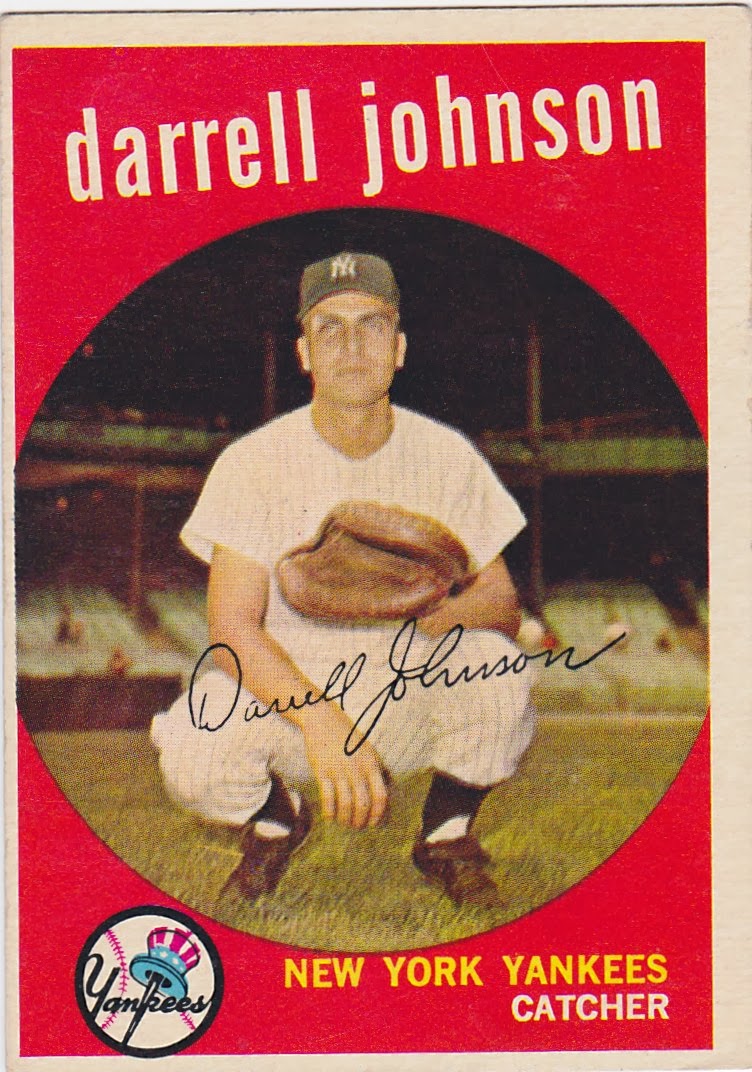 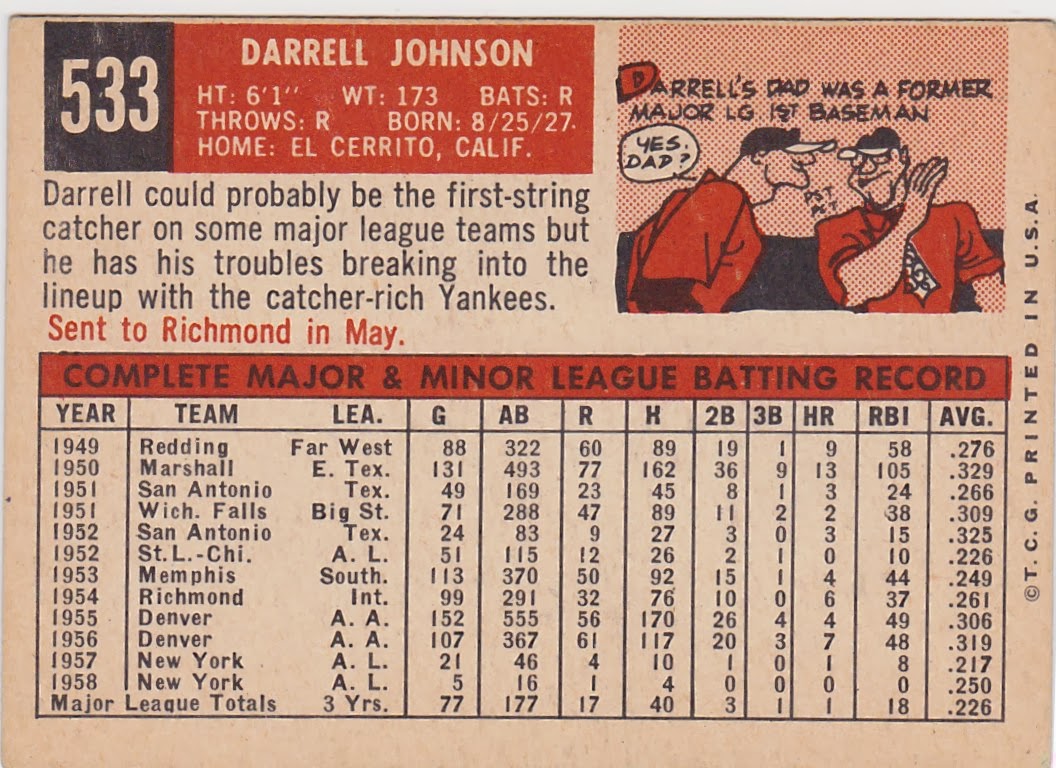 Darrell Johnson caught for seven different major league teams (if you count the Browns and Orioles as different clubs) over parts of six seasons. Only twice did he get into 40 or more games or get 100 at bats. But he apparently was gathering baseball acumen as he went since he ended up managing in the minors and majors rather successfully.

Johnson signed with the St. Louis Browns in 1949 and hit well as he made his way up the ranks of the St. Louis system. He made the Browns' roster in 1952 and after a slow start and demotion to the minors he came back and was in the starting line-up for a month or so but in July he was traded to the White Sox.

For the next four seasons Johnson was passed around through several organizations without returning to the majors. He came back in 1957 as a spare part on the Yankees' AL title team and remained there in New York for their 1958 championship. He didn't play in any post season games for the Yanks. But in 1961 he found himself in Cincinnati after stints with the Phils and Cardinals (where he was a player/coach) and he got to start in two games against the Yanks in the World Series. He did well, too, going two for four.

A very brief whirl with the Orioles in 1962 as player/coach was Johnson's last taste of a big league field... as a player. He jumped right into managing in the Orioles' chain in 1963 and piloted teams to titles in two out of four seasons. He worked for the Yankees for a couple of seasons. He moved over to coach for the Red Sox, served as pitching instructor and scout, and then managed in their chain before being named to manage in Boston in 1974. He took over that job as a replacement for Eddie Kasko and a year later he had the Sox in the World Series against the Reds in a Fall Classic for the ages.

But in July of '76 with his team three games under .500 Johnson was canned and replaced by Don Zimmer. The next season he became the first manager of the Seattle Mariners. He remained in that spot with a struggling expansion franchise until 1980 when he was replaced by Maury Wills.

Johnson's last managerial job came in July of 1982 when, in a nice little twist of baseball fate, he stepped in to finish out the season when Don Zimmer was canned as manager of the Texas Rangers. He went on to coach with the Mets and then was a part of their front office.

Johnson's story is really a fascinating one. His SABR bio is a good read and it includes background on his relationships with players and press. It also includes the story of how Johnson and Browns pitcher Cliff Fannin were a losing pitcher/catcher battery for a major and minor league team in the same day.

Darrell Johnson died in 2004. Of course that's Yankee Stadium behind Johnson on this off-center but otherwise very nice card. I'm going to miss these things.

and then we are done.

Posted by Commishbob at 7:10 AM