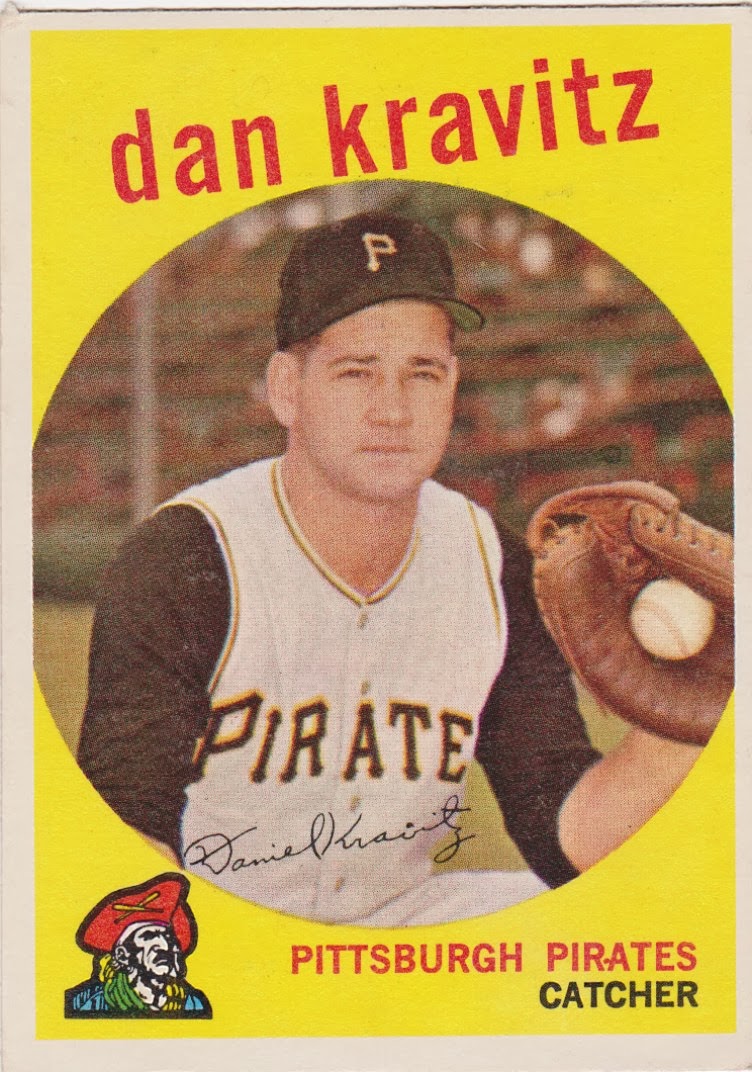 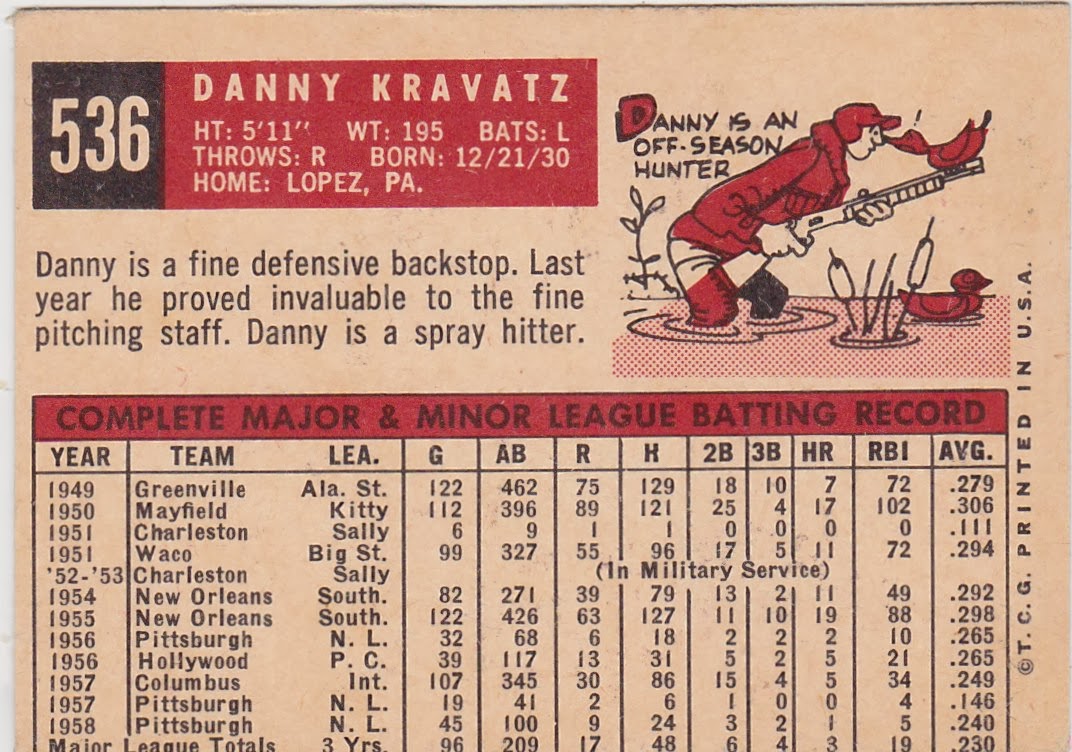 Born to Russian immigrant parents, Danny Kravitz was signed out of Lopez, Pennsylvania by the Pirates in 1949. He hit well, especially for a catcher of that era and climbed up through the Bucs' system with a two year detour to play ball while serving Uncle Sam in the U.S. Marines.

He made the Pirates' roster as back-up receiver in 1956 and debuted in the second game of the season against the Giants in New York. He went hit-less but doubled and drove in a run the next day. He was sent back to the minors that June but again made the team in 1957 only to find himself back in the minors for most of the year.

Kravitz was with the Pirates for all of the next two seasons as a reserve and began the 1960 season with them as well but he was traded to the Athletics on the first of June and he played more in half a season in KC than he had in any previous year with Pittsburgh. But while by being traded he saw the most action of his career he also missed out on that fall's World Championship run by the Pirates.

That 1960 season was to be his last in the majors as he was traded to the Reds that winter and then moved on to the Orioles' and Yankees' systems but he never again played in a big league uniform. He retired after the 1963 season. His obituary states that he moved 32 times during his baseball career. That's a lot of box packing. Kravitz worked for GTE-Sylvania until his retirement in 1995.

Kravitz passed away in 2013. He was preceded in death by seven brothers. All eight of the Kravitz boys had served in the U.S. military. Good for them!!


There are now only five

more cards to go before we put it to bed.